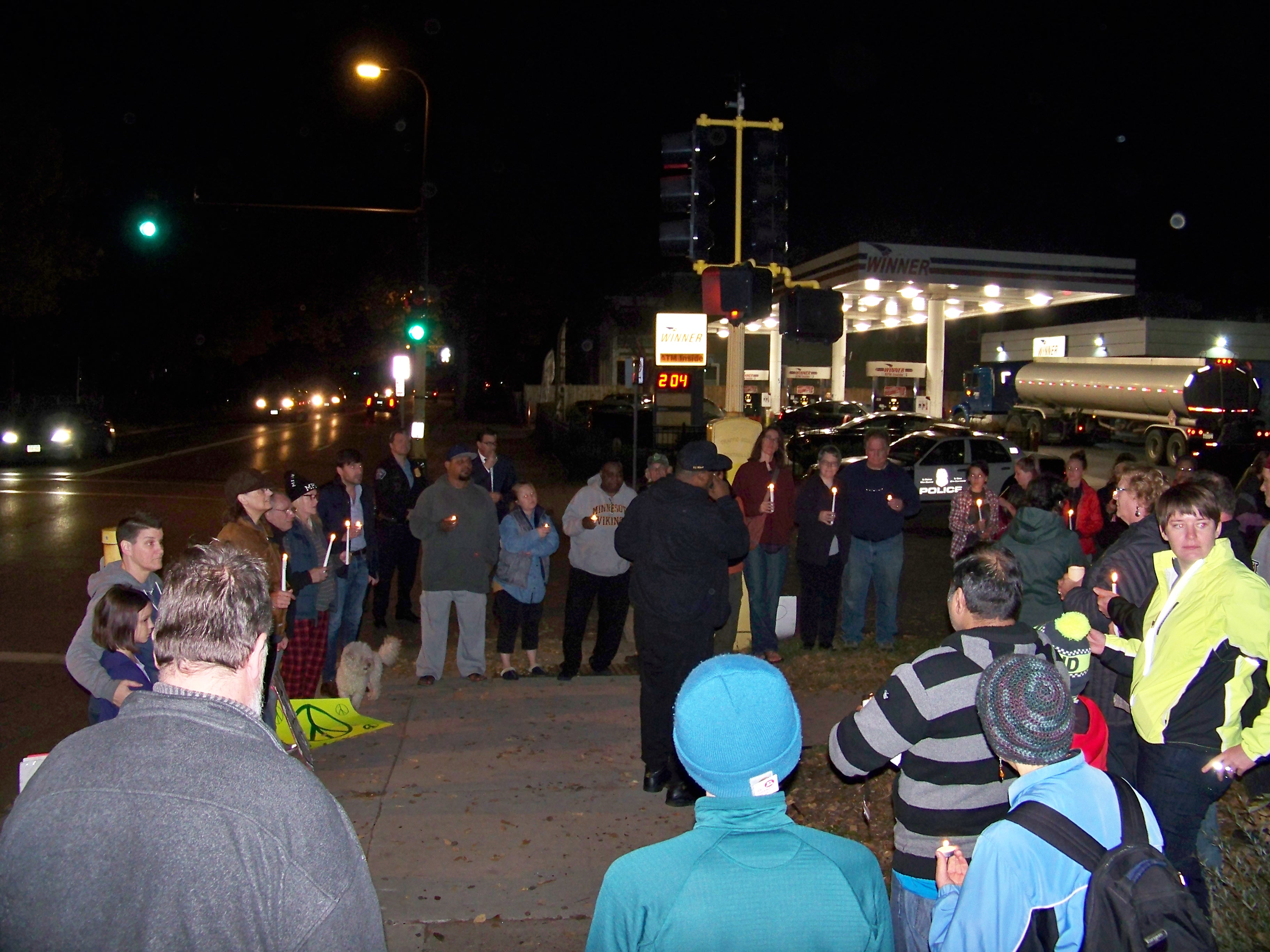 On Tuesday, November 1, the life of beloved Corcoran resident Paul 'smiley' Knobbe (53) was cut short when he was shot twice 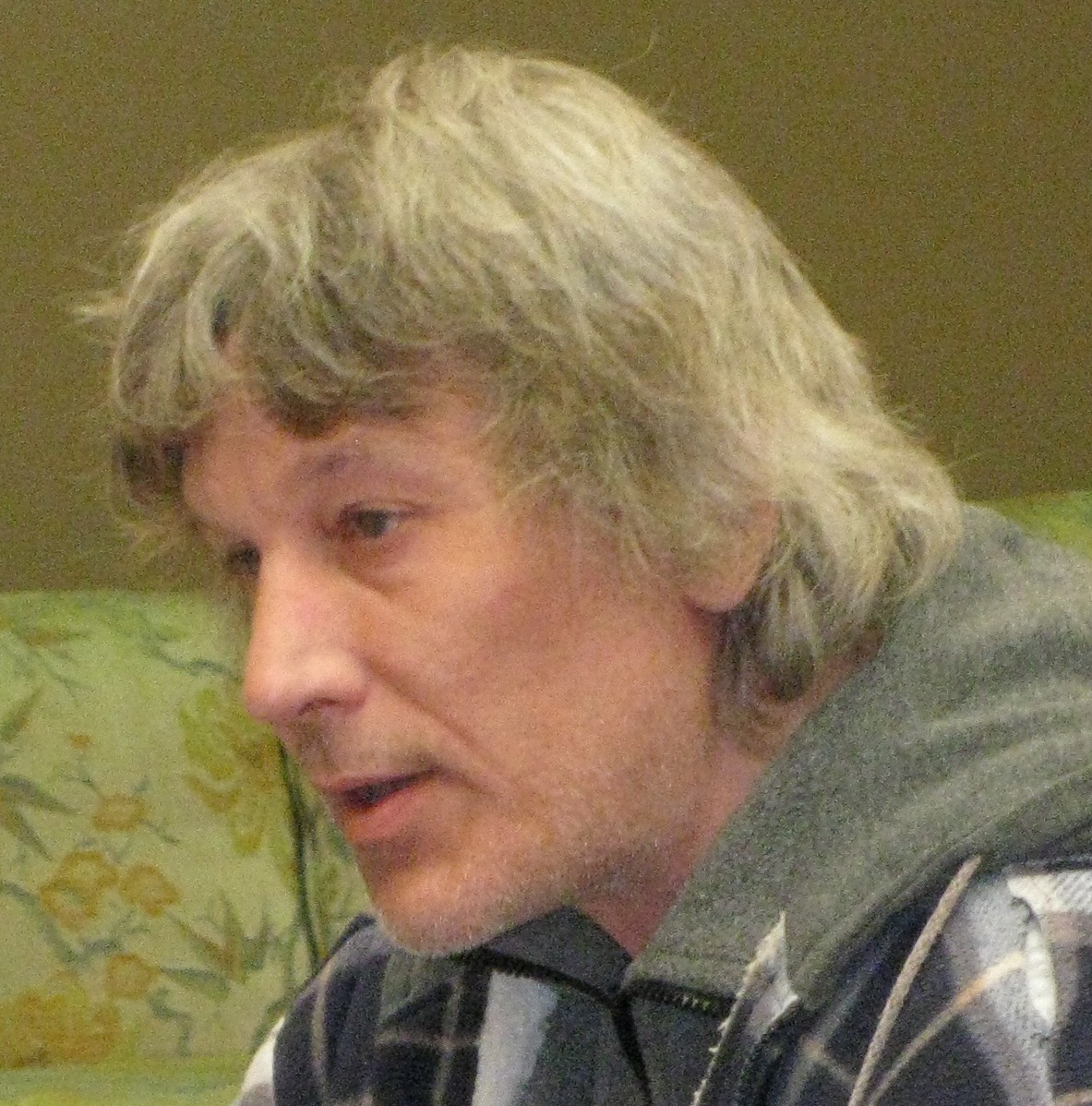 by a masked man attempting to rob him after he left his job cleaning for Winner Gas Station at 34th & Cedar.  Paul's fiancé Denise recalls that Paul laughed at the robber and said, "I don't have any money." Apparently Evil did not find that funny.

On Thursday, November 3, over sixty neighbors gathered by candlelight outside Hayford Auto, across the street from Winner Gas, to remember Paul and express solidarity.  "We will not tolerate this in Corcoran.  Whoever did this needs to know that we are a vigilant community and you will be caught.  We love and respect each other.  We've got each others' backs," said Rae Jones, a former community organizer, who orchestrated the vigil.  It was revealed that multiple men had rushed out of their homes to come to Paul's aid as the shots were being fired, and were able to see the masked man get into his car -- a testimony shared with investigators.  "Most people recoil at the sound of gun shots, but our neighbors came out to confront it," Rae said proudly.  She confessed that she had considered moving, but changed her mind when she saw the turnout at the vigil.  "We are deeply saddened, but we are not afraid.  We are community."

Rae was not alone in bringing everything together.  Phillip & Kelsey Maddox canvassed for the event and brought balloons and candles.

North Minneapolis peace activist KG Wilson officiated.  He is an ambulance chaser in the most positive sense, and quite literally the 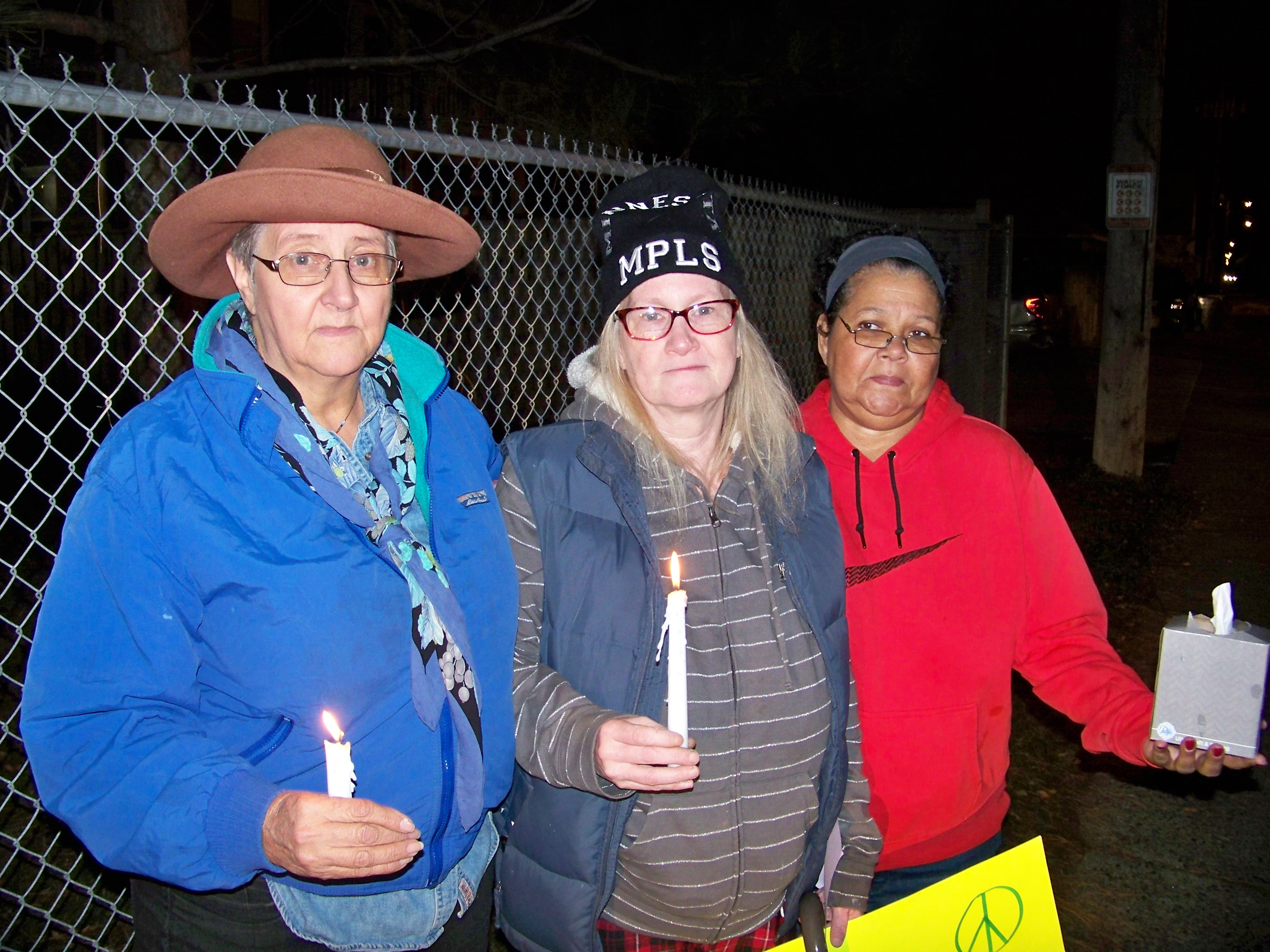 city's on-call chaplain, traveling to communities where homicides have occurred, and helping to lead street vigils.  This was #15 for KG this year.

Fazal and Sumera, owners of Winner Gas, were visibly shaken -- not so much from fear, but from broken hearts.  Paul had been more than a hired hand.  He was a friend, and one they had routinely welcomed into their home.  Sumera suggested that if a smile is a form of charity, then Paul touched a multitude with that charity.  But now she is crying out for justice and urged us as a community to keep in touch with the police.  "I am extremely sad, but Pastor Becky's words calmed me."

Becky Hanson of Elim Church led prayers of anguish and lament alongside KG.  She had met Paul eight years ago in their outreach into the homeless community.  Paul had asked Jesus to forgive his sins, and in turn became a very forgiving person himself.  Haji, who runs the front desk at Hayford Auto, 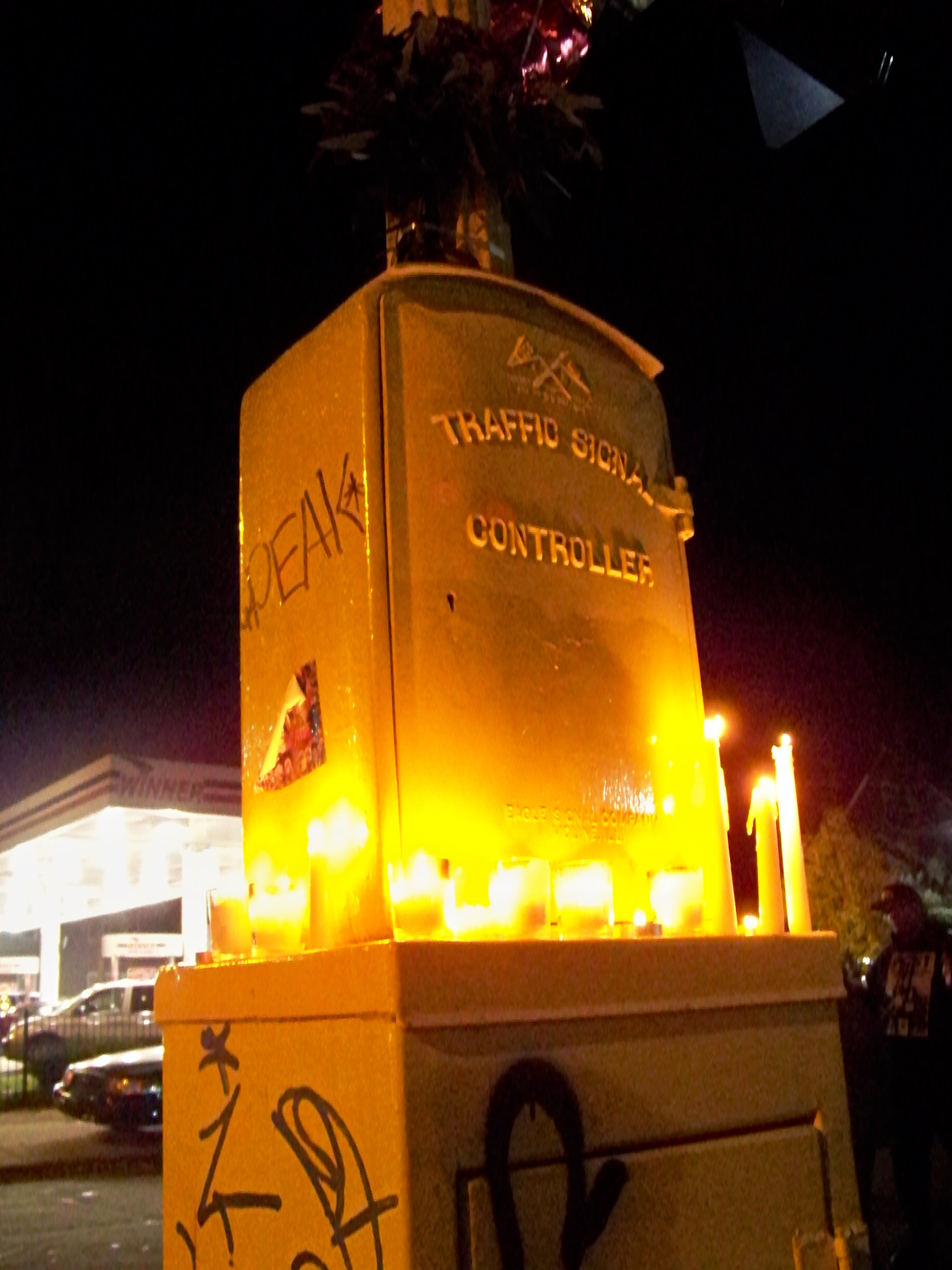 marveled that even when Paul was mistreated, he had a smile on his face.  "He did not hold grievances against anyone.  He brought people together."

Zoe, age twelve, never met Paul, but she is confident that the vigil was an extension of Paul's values.  "The murder made me feel unsafe until I got to the vigil.  It was very emotional but it brought our community together because now we can smile if we see them on the street."  Her eyes widened recalling two students from Sanford, who were also at the vigil.  "We are in different friend groups at school, but now we can say hi in the halls."

For Zoe's five year old sister, Alice, the candlelight was especially significant.  "Candles show how sad everyone is, even if the person who died wasn't your friend."

Sarah, one of Paul's foster moms, fought back tears as she recalled pronouncing Paul's last name phonetically as "Nahbie," until Star Wars came out.  Since then he has always been "Kenobi."

Anybody with information can text the Police Department at 847411. Texters should enter MPD, a space and then their information. They also can call the department’s tip line at 612-692-8477.