Vittles Deli Closes, but Catering and Food Truck Live On

Neighborhood carry-out spot Vittles Deli has closed, a victim of its creators’ own success.

The good news is that the storefront will remain the catering headquarters for Vittles Catering, and the great news is that you can still order many of their popular items for pick-up. (Go to www.vittlesdeli.com, click on Catering, then click on Deli Menu.)

It all started with a food stand. Corcoran residents Greg and Chelsea Miller started Kabomelette as a food tent at the Midtown Farmers Market in 2011. They started by offering gourmet omelettes and steak kabobs. As the menu grew, so did their sales, and they were quickly able to expand to a mobile red and yellow food truck. Now the food truck can be seen all over town. 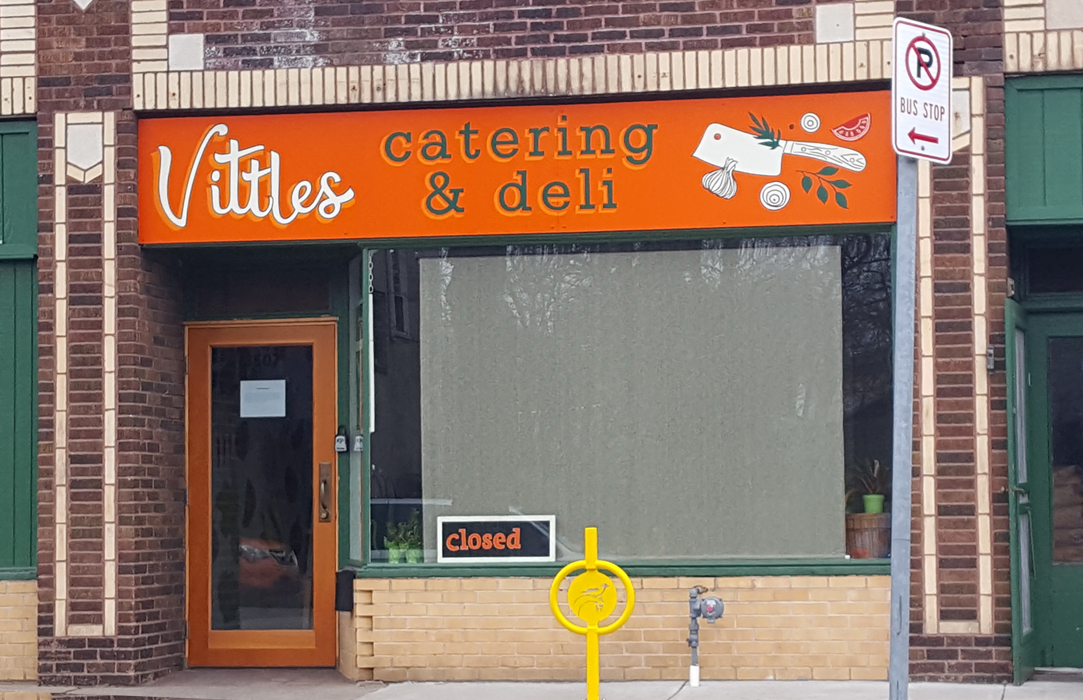 “People do eat eggs at all times of the day,” said Chelsea Miller, though she mentioned that when they are at, say, a brewery taproom, they change up the menu a little and offer things like nachos as well.

The Millers were also growing quite busy developing their catering business, called Vittles Catering. By March 2017, they were able to build out the space in the storefront at 3507 23rd Ave, just across from The Chatterbox and next to Blue Tree Music Education, into their central commercial catering kitchen facility. At the front of the kitchen, they opened Vittles Deli. Corcoran residents celebrated the arrival of this carry-out joint that featured a menu that changed daily and offered scratch-made, healthy food.

On March 10, after a year in business, Vittles Deli announced that it was closing. “Vittles Catering is thriving and it was too hard to run the catering company and the deli out of the current space,” the announcement read. “We are so grateful to all of our customers. Thank you!”

Chelsea said it was a challenge to generate the volume of carry-out sales necessary to sustain the deli -- without offering seating. They figured they had room in the space to put seating, but not the large restroom that would be required if they offered seating. So it had to remain carry-out only. As they approached peak catering booking season this spring, Chelsea and Greg decided to re-focus on the aspects of their business that gave the best return on their time. They are exploring the possibility of having a Vittles stand at the Midtown Farmers Market.

Chelsea doesn’t regret the work put into developing the deli only to have to close it after a year. “It’s really great to take risks and live outside your comfort zone,” she said. “As an entrepreneur, you can’t be afraid to take a risk and learn from that.”

But they’re only closing the deli part. “We’re excited to stay at the [farmers] market,” Chelsea said, “and stay active in the neighborhood!”