Building Bridges: A Call for Southside Solidarity with North Minneapolis 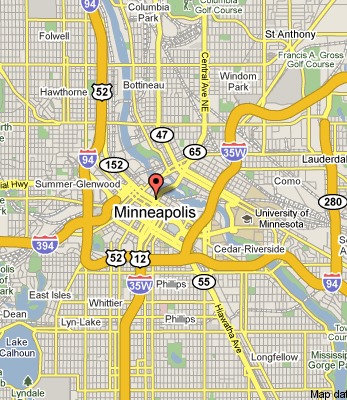 I moved to Minneapolis (and to Corcoran Neighborhood) just a few months ago. As born and raised Midwesterners my girlfriend and I wanted to stay in this part of the county, but live somewhere progressive and dynamic. We chose Minneapolis for the bike scene, the affordable cost of living and excellent job market; in general, the high quality of life. Within months of moving to Minneapolis I had affordable, stable housing and a salaried job with a fair schedule and paid sick time.

Shortly after moving here, my girlfriend and I participated in the annual “Cirque Du So Gay” Bike Race. It was as a result of this race, where an organization called Neighborhoods Organizing for Change was one of the stops, that I learned Minneapolis may not be the “high standard of living” utopia I thought it was...at least not for everyone. At this first visit to NOC I met incredible, dynamic Northside community organizers who opened my eyes to the fact that Minneapolis has some of the worst racial disparities in the county, and most of the city’s residents of color, especially low-wage workers, face a very different reality than I do here. I learned, in the paraphrased words of a NOC organizer, that there are two economies in Minneapolis; one that works for people that look like me, and one that does NOT work for people of color.

Had it not been for this event, I honestly may not have had much reason to get over to North Minneapolis. In fact, I would wager that before the 4th Precinct occupation, Southsiders regularly coming to the Northside numbered pretty low. Through my involvement with NOC campaigns, I learned about the glaring, egregious and long standing racial and economic disparities in a city I had previously thought to be a model of equity.  It is because of these realities that I am involved with NOC as a donor / sustaining member and as a volunteer, and why I urge Southsiders like myself to connect with the Northside. There is awesomely strong leadership from the people on the Northside, and as Southsiders we can stand with communities there, in the words of another NOC organizer, “by elevating and amplifying these voices whenever possible”. The racial and economic disparities in Minneapolis are not confined to North Minneapolis, and in building stronger bridges we can build an even stronger movement for racial and economic equity in Minneapolis.

Neighborhoods Organizing for Change (NOC) is committed to building Black leadership and advancing racial and economic equity for communities of color. Organizers at NOC are leading a Southsiders Organizing Group, to build NOC membership and support in South Minneapolis. Oppressive, unequal systems of power are only strengthened by our silence and divisions, so let’s build bridges together.

Questions or want to get involved?