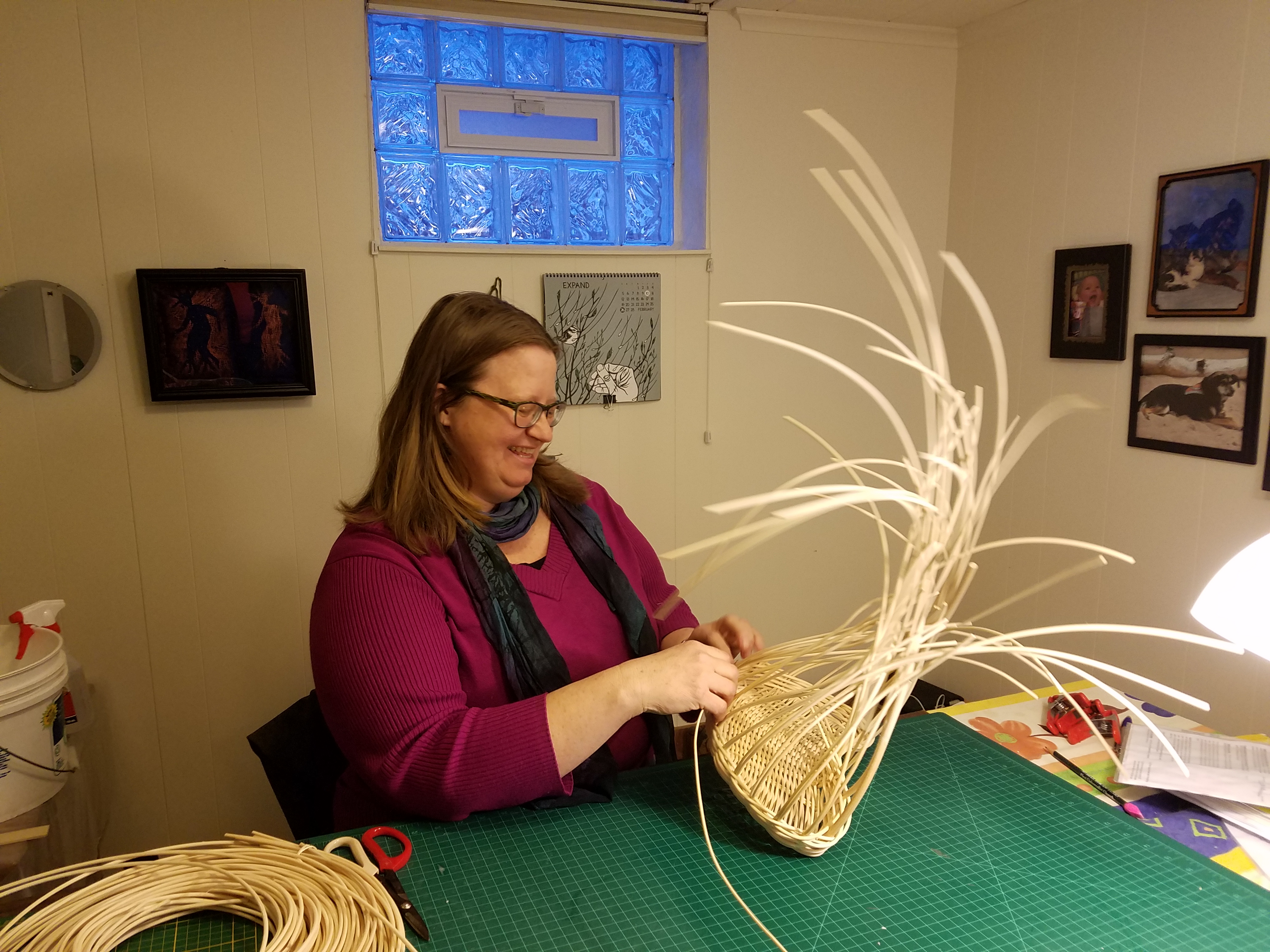 Martha Bird’s world is expanding exponentially.   Just a couple of years ago, Martha would have thought herself the average person who likes to create, but things are moving and shaking for her now.   As a multidisciplinary artist and basketweaver, Martha is humble about her skills but is beginning to accept her place as an artist. She’s actually embracing it, every inch of it.   In fact, just last year she converted her artisanship to a professional focus and it’s really refreshing to see her excitement and dismay at all she is achieving so quickly.

The National Basketry Organization designated one of Martha’s baskets “as a benchmark of excellence in traditional and sculptural basketry that demonstrate superior technique and original concept and design.”  Chosen by a former Smithsonian curator, her piece is just one of 40 pieces selected to tour the US, from Seattle to Boston – quite an achievement since over 300 were considered.

Her latest “first” is curating a show at the Minnesota Landscape Arboretum.   The show is entitled Water’s Edge and runs from April 9 – May 31, 2017.   It includes 15 artists, from Spectrum ArtWorks, an artist collective consisting of full time artists living with mental health issues.  The program’s mission is designed to “assist dedicated artists in integrating into the larger arts community while educating the public and breaking stigmas”.

The show will feature Martha’s baskets, specifically a selection of creels (woven baskets for carrying fish) commissioned just for this occasion.  I had the pleasure of getting a sneak peek and was impressed by the level of skill involved and it was interesting to watch the artistry progress with each piece.

Martha’s next big step will take her to Ireland this summer where she will study with four Irish basketmakers using willow.   If you’d like to see Martha’s work, the Artists Reception will be on Saturday, April 29th from 1-3:30pm in the Gallery Café at the University of Minnesota Landscape Arboretum with light snacks and live music.  The show runs from April 9 – May 31, 2017.  Come out, support your neighbor and the arts, learn a little more about basketweaving and then spend a day at the lovely arboretum!