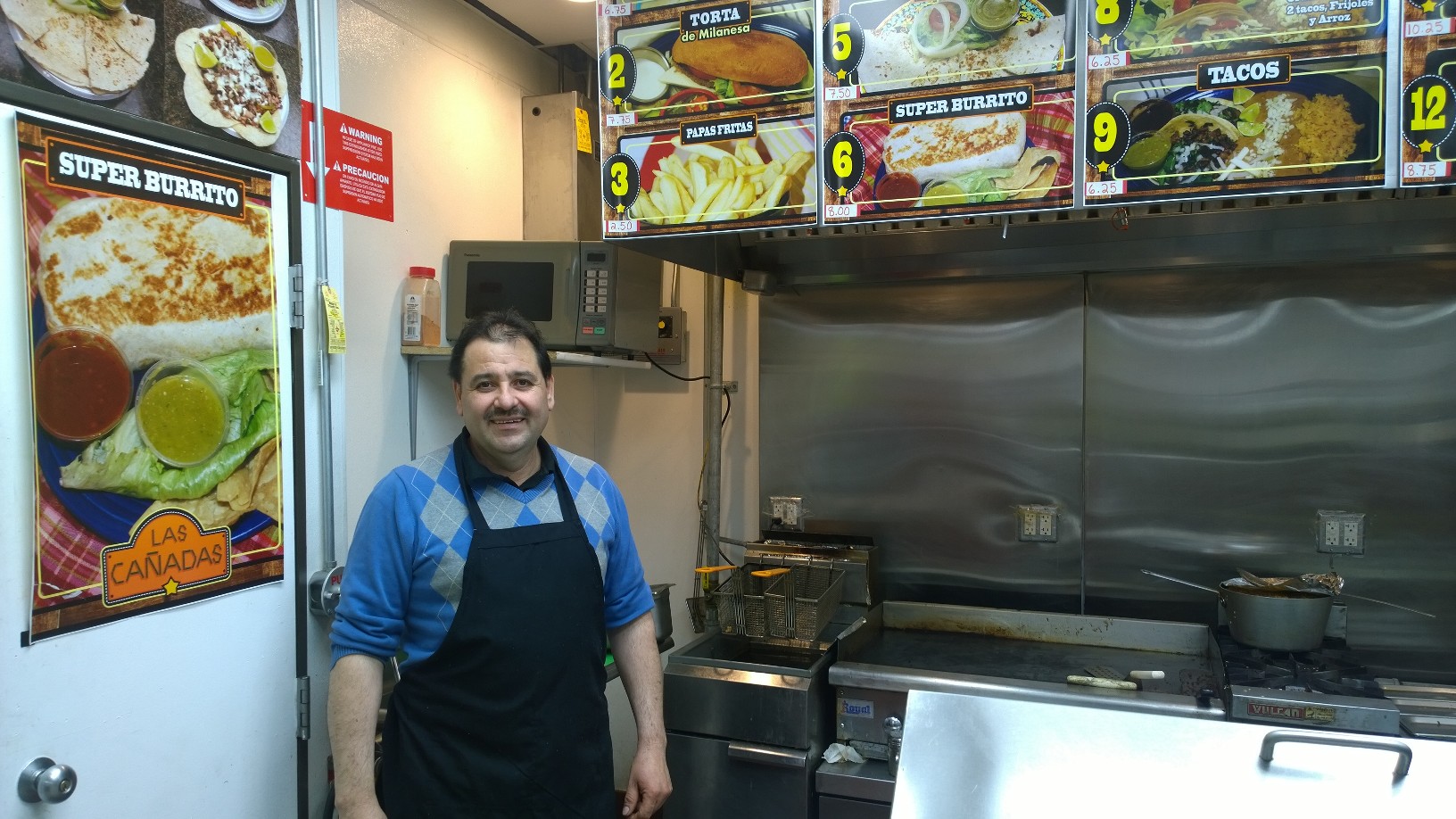 If you have driven down Cedar in the last 8 months, surely you have seen the large flags advertising “TACOS” at the Winner gas station.   When you enter the station, you find a small kitchen hidden behind the main cashier.   The walls are plastered with bright pictures featuring delicious-looking Mexican food, all listed at affordable prices.   Behind the counter you will encounter Juan, and likely a big smile.

Juan, originally from Mexico, moved to Chicago in 1981 to work in his family’s restaurants. He started dish washing and eventually graduated to cooking. He has worked in a traditional American diner as well as his family’s Mexican food establishments. In 1996, he moved to Minneapolis and is currently a proud grandfather living in the Phillips neighborhood.

If Las Cañadas sounds familiar, it was the name of his former restaurant which sat on the 400 block of East Lake Street over five years ago.  He continued to cook but was unable to open his own place again until his relatives, who distribute pre-packaged nuts and candies to Winner, discovered the owner wanted to open a kitchen in the station.  They hooked Juan up with the lead and now we all can enjoy fast, inexpensive Mexican right in Corcoran.

Top selling items include tacos, tortas, the burrito and his homemade birria.  Birria is a spicy goat stew, traditionally served on holidays and special occasions.  Juan buys the whole goat, butchers it and boils the ingredients to make the popular scratch dish that is similar to a beef stew.   It’s been said it has healing powers, notably, it’s been rumored to cure hangovers!

Juan makes his sauces and his beans from scratch. His menu is more diverse than some of the local taco trucks and he offers a cheese burger for those who prefer milder fare.   Las Cañadas hours vary a bit, but you can find Juan ready to serve up some fresh Mexican food every day roughly between the hours of 10am and 9pm.