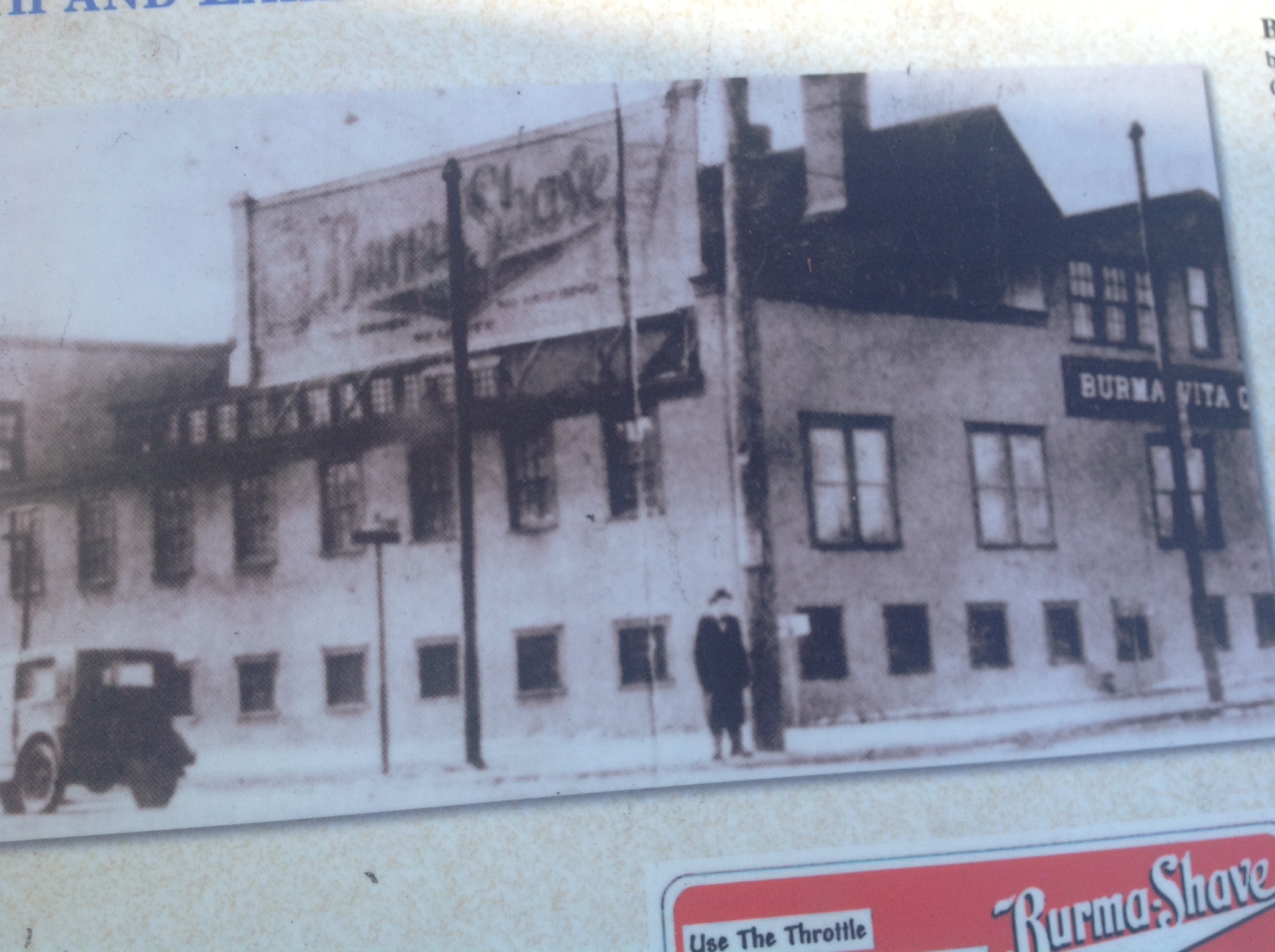 Hello Corcoran News readers. Hopefully I saw many of you at East Lake Open Streets on July 24th, and hopefully there is still a building standing at the corner of East Lake Street and 21st Avenue South. Last fall when I saw this building was being readied for demolition, I began inquiries as to whether the history of the building had been considered. The answer turned out to be no. Knowing that the building was over one hundred years old, and that it had been the first home of the Burma-Shave company from 1925 until 1940, this, to me, was not right. I and other history minded local residents went to CNO meetings and they agreed.  On December 10th, 2015, CNO passed a resolution requesting that MPS schools allow access for the purpose of a historic survey by Preservation Alliance of Minnesota.

I have been working with Erin Hanafin Berg towards this end, raising money for this purpose and continuing to do research on my own. We have discovered that the building was actually built in 1882 as Vine Congregational Church, and moved to the present site in 1892. This information was discovered through the help of Maria Dahlen, City information specialist, as well as through the recollections of a 102 year old Corcoran resident who has passed away. There is much interesting history here, most notably being the first factory for the internationally famous Burma-Shave company from 1925 through 1940. All of this needs to be told! This history belongs to all of us! It will be told by designating it for a study for Historical Designation. Erik Gustafson, director at CNO, says that they are completely frustrated with MPS, who have refused to respond to this as well as many other neighborhood and South High concerns. Hennepin County Commissioner Peter McLaughlin has agreed a historical survey needs to be done. I have interest from congregational minister emeritus Dr. Arthur Rouner, who has written a book tracing his church's migration from Plymouth Rock west. I have interest from local ad agency executives, as well as Steve Brandt, who has written a Star Tribune article. This is a historic asset and regardless of the outcome of the survey, its story needs to be told. Please check our Facebook page; "The Burma Shave Historic Vine Church Legacy" for more information.