Humanizing Hi-Lake: A Look Back and A Look Ahead

How did all this begin and where is it going? Here are some of the major highlights and accomplishments in this community-driven effort.

Urban guru Gil Penalosa is invited to Hi-Lake to start a conversation with the community on making the intersection more humane. 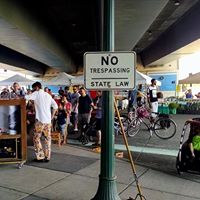 Community members brainstorm ideas for improvement and media covers the event. According to a street sign, the entire entourage of 20+ is trespassing under the bridge.

Momentum starts building when East Lake is selected as an Open Streets location.

Corcoran, Sierra Club, Longfellow and others organize around a puppet show as an engagement 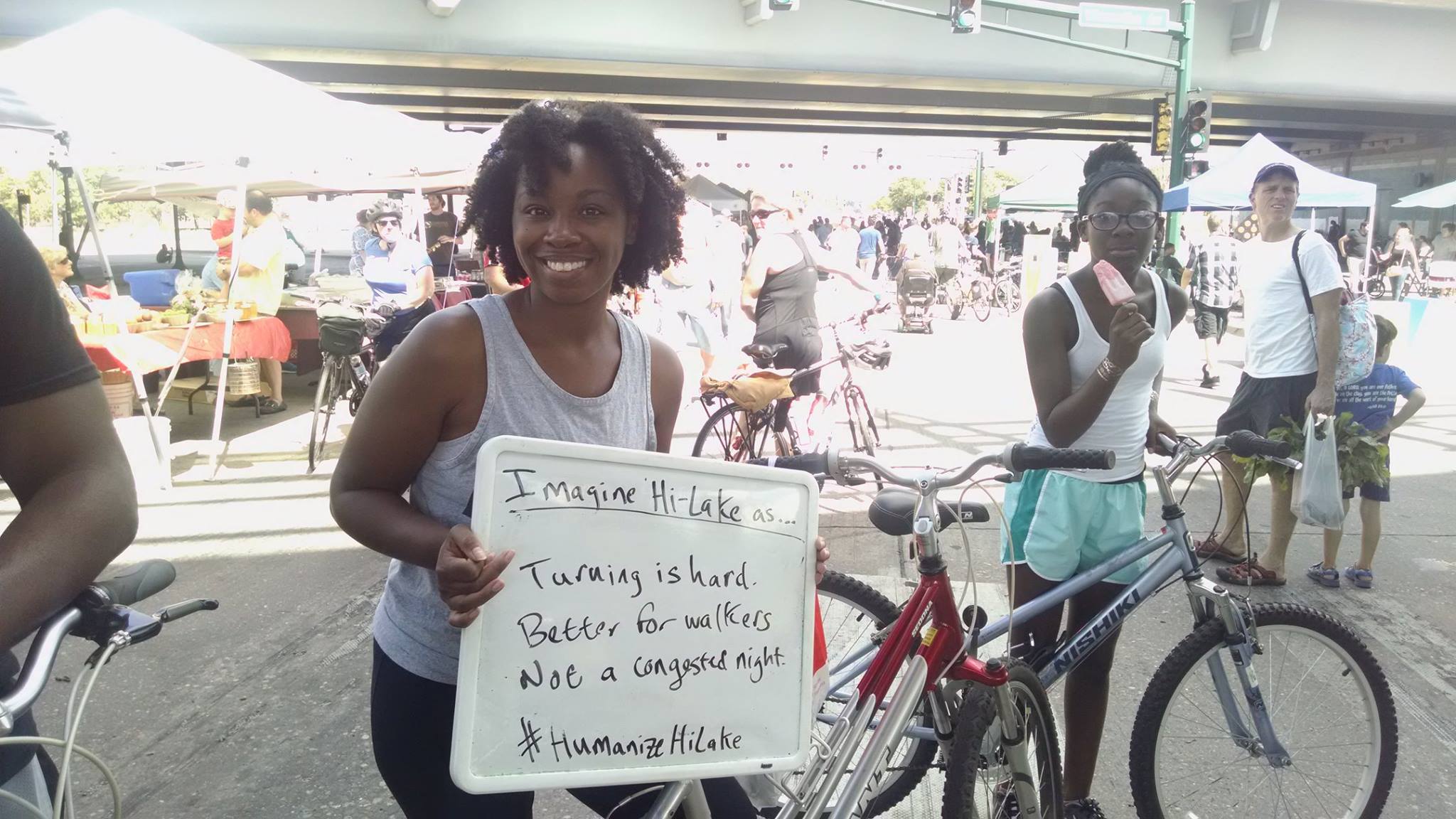 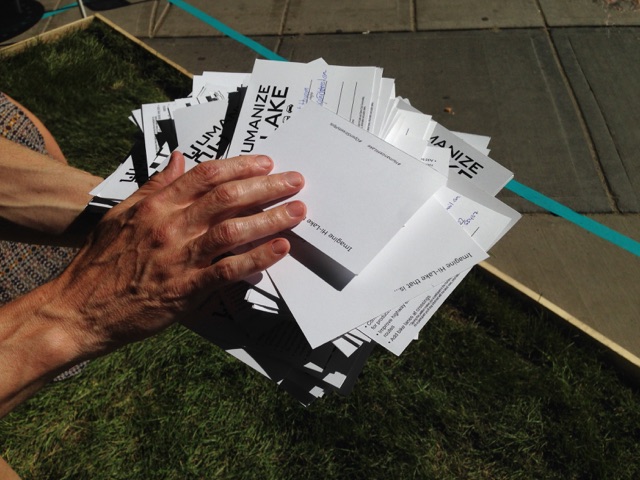 (Local media coverage continues and the slogan doubles as a Star Tribune headline: How to Humanize a Busy Intersection? 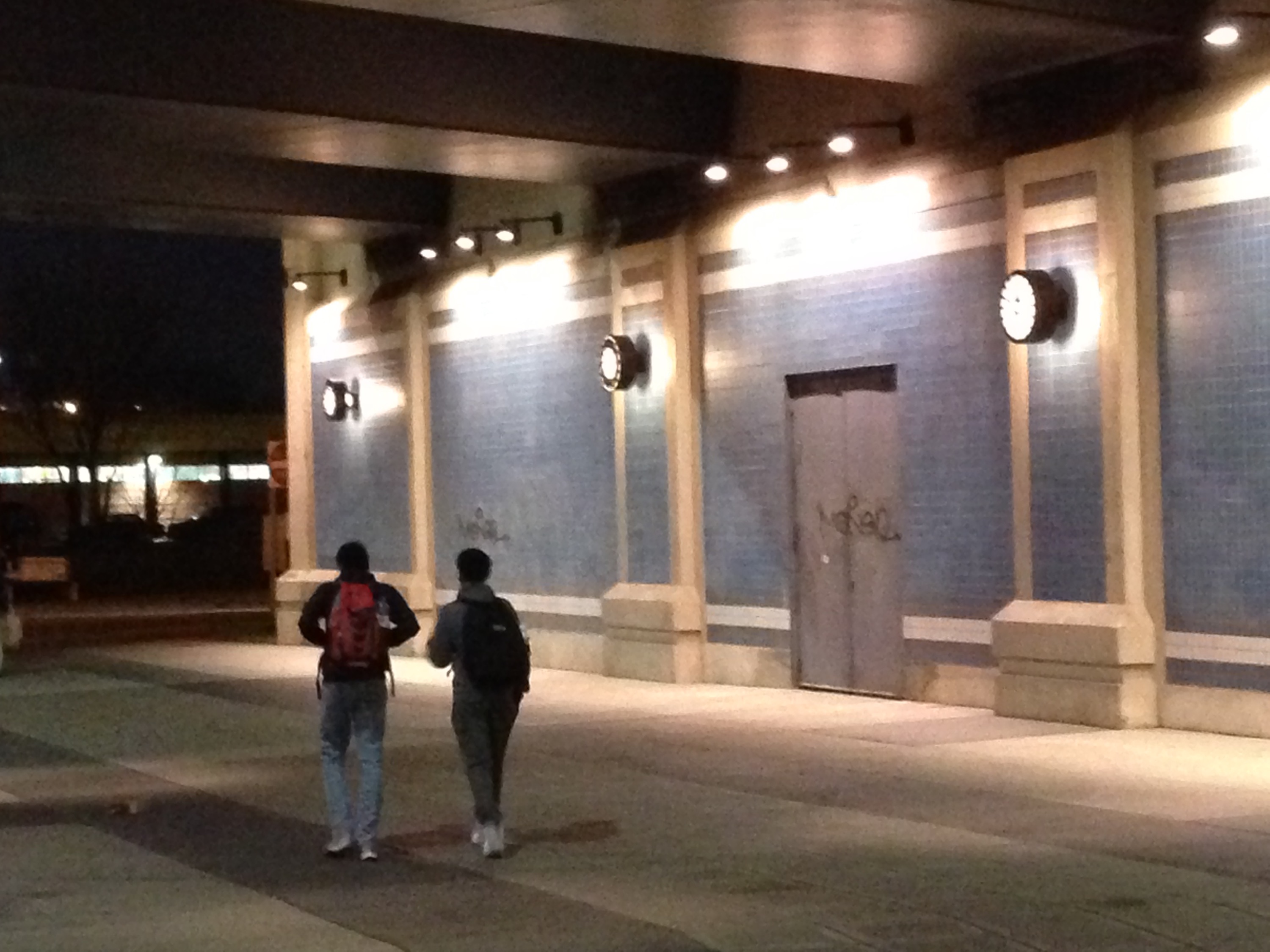 The lights under the bridge are turned on! 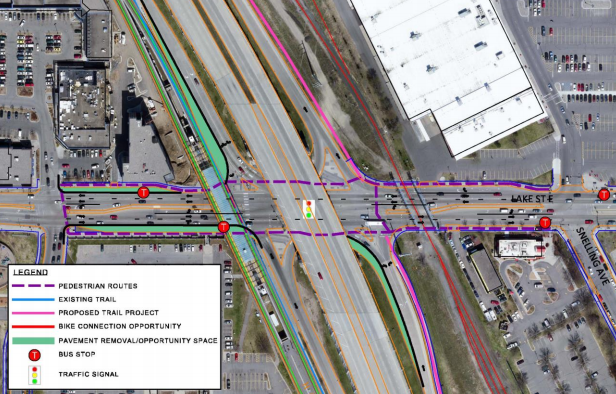 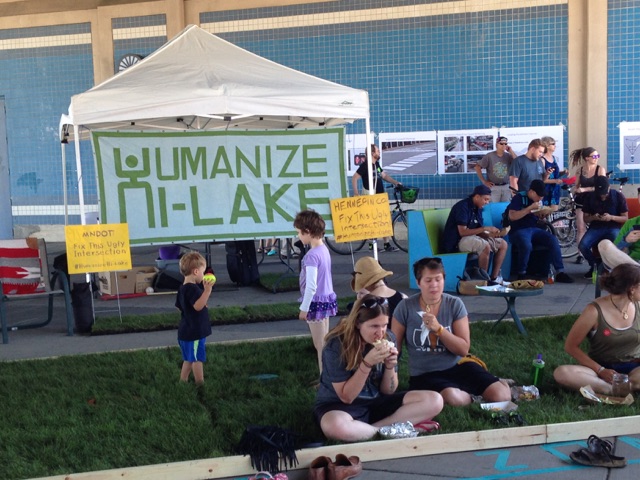 installation is used to help the public envision a different Hi-Lake.

A symbol for change emerges when a neighbor’s hand-written logo becomes fully realized. 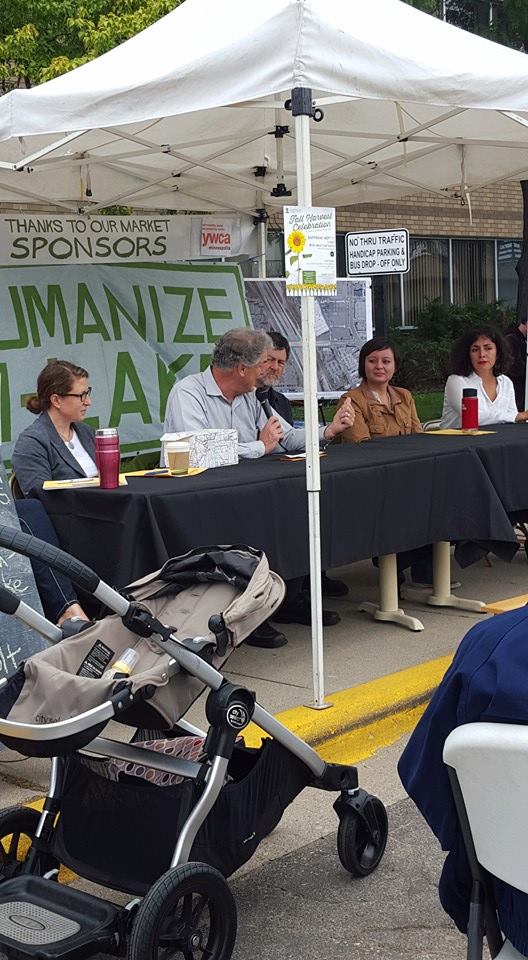 1,000 postcards formally delivered to city officials, when all stakeholders gather at the Farmer’s Market for a public meeting and discussion. Cano, McLaughlin, Jennifer Hager and Robin Hutcheson of Public Works, along with State Senator Patricia Torres Ray and staff of the Met Council are in attendance.

Success: After more than a decade of community organizing, a four-way stop sign is put in near 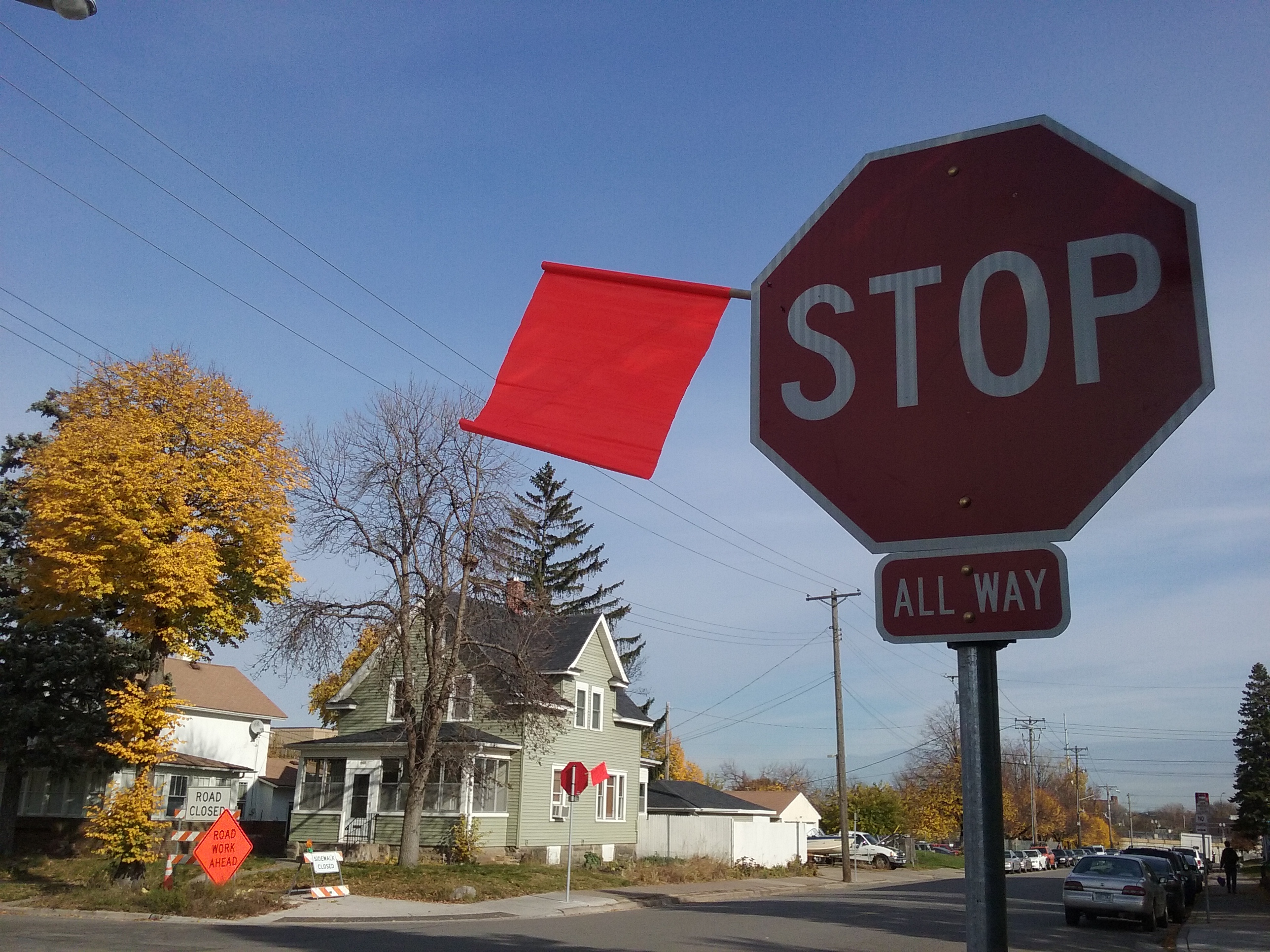 Hi-Lake at the intersection of 31st street and 22nd avenue.

McLaughlin and Cano attend a CNO board meeting with updates: Phase 1 of the new Hennepin County building is scheduled to open on April 1. The ground floor will include retail and the Farmer’s Market will eventually have a permanent home here. Infrastructure for a Bus Rapid Transit will be installed for a future station, and the “free right turn” onto Southbound Hiawatha is being removed.

The board learns that no funding exists at in the current 5-year capital plan for repairs to the intersection, and that other locations are “ahead” of Hi-Lake, including the Franklin/Cedar tangle.

We have accomplished so much in the last two years, and we are forging ahead undaunted! Here’s our initial plan for 2017:

Join us! Get involved. The land use committee meets next on Thursday, December 1, and then Thursday, January 5.  Meetings are at 6 pm at CNO!