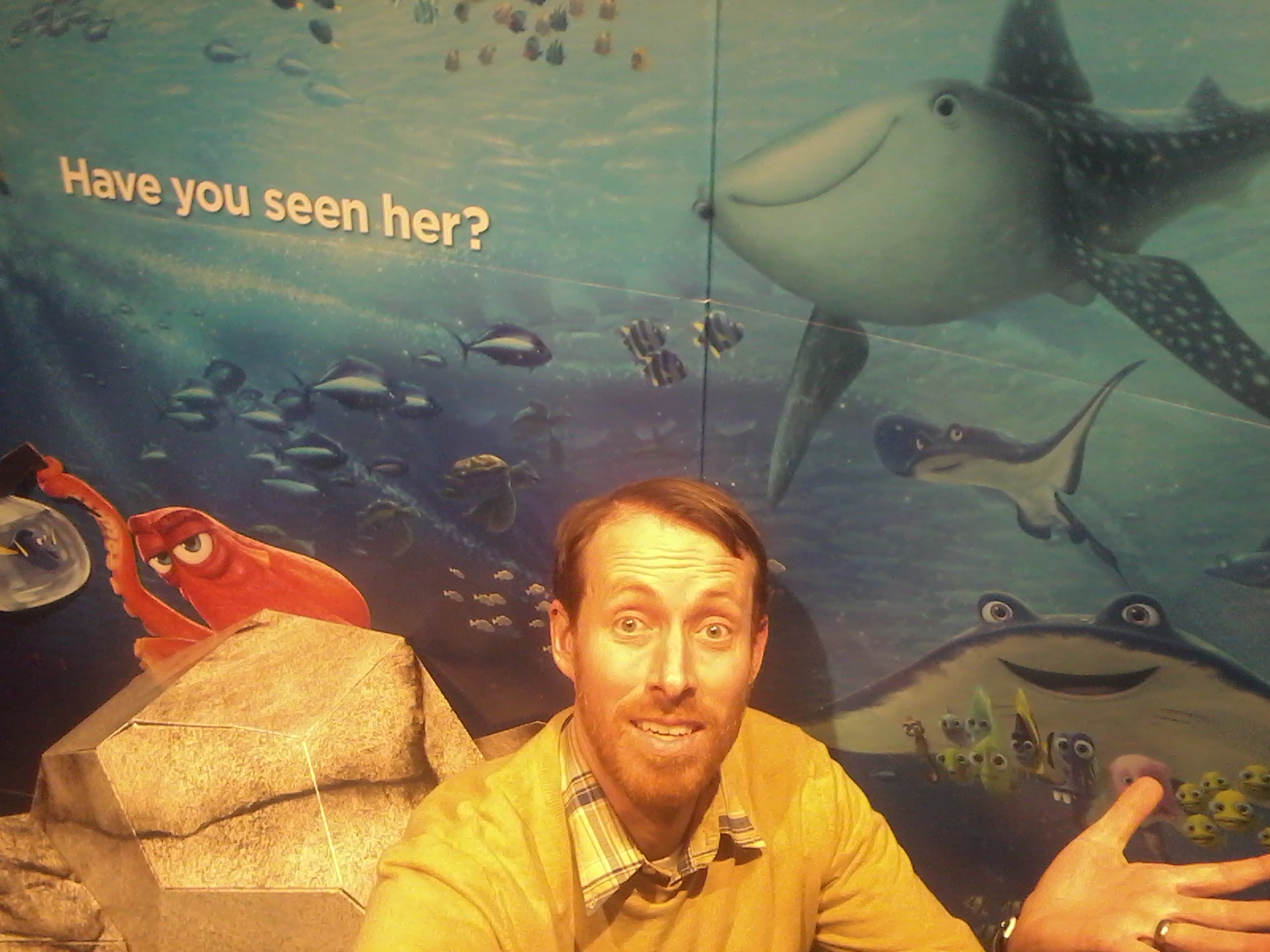 "What would Dory do?" If you have ever found yourself over thinking something, try asking this question. Some "fishy" characters in the movie did and discovered surprisingly helpful results. I confess I had a fair amount of anxiety leading up to this long-awaited sequel, primarily because I did not want my memories of Finding Nemo - in my opinion Disney's flagship animated feature -- tainted. Finding Dory is not Finding Nemo, but nor does it try to be. It stands alone and succeeds on its own merit.

The pacing for the first hour felt a little slow until I realized later how the story was being masterfully set up…so hang in there! The final thirty-plus minutes are a nonstop rollercoaster of laughs, tears, and suspense, rekindling the best of Finding Nemo. One word to remember this go-around folks: "Otters!" Watching the opening night premiere from the front row with the swell of uproarious laughter behind me was an experience I will never forget.

I was also concerned about stretching the amnesia charade. It was funny as a side-joke thirteen years ago, but to make a whole new film based on that? Well sure enough, the "memory gags" proved abundant from the get-go and unrelenting to the end. Yet that remains my one and only grievance with the film.

The plot this time revolves around Dory reconnecting with her parents after being separated at a very early age, and in the process, "finding herself." The flashbacks are gut-wrenchingly effective, spotlighting the precious (and adorable) baby Dory, affectionately referred to by her parents as their little "kelpcake." We naturally pity her. By the end of the movie, we admire her.

The turning point comes when Dory gains confidence in her abilities. She is unique, yes, and by the world's standards, limited and disposable in many ways. But as Marlin points out, her fearless (some would say reckless) personality led to the finding of his beloved son in the first film. Her mantra, "Just keep swimming, swimming…" won the day when all seemed lost. Proving what? No one is a reject! Created in the image of God, we all have a unique purpose in life. And the tireless instruction that Dory's parents provide her reminded me of Jesus finding worth and value in what the Bible calls, "the least of these." Would these fish have had easier lives if Dory had not been around? Possibly. But would their lives have been as rich and beautiful and satisfying? Thomas Newman's score retains elements of the first film, but boldly takes on new depths of sonic wonderment. And Sia&#39;s rendition of Nat King Cole's "Unforgettable" is truly unforgettable. The film's ending is tasteful and refreshingly understated: no explosions, no theatrics, not even a laugh. Instead, the audience is left with an image that causes us to use our minds to consider - on a philosophical level - the theme of the movie, which is that the "unknown" can actually enhance our life, rather than harm it (bumps and bruises aside). It will empower you to not only face your fears, but actually stare them down in anticipation! And all because a tiny blue tang fish with amnesia paved the way.

A final note: I have a hunch we may be seeing Finding Hank in the near future. "Hank the Septapus"; nearly stole the show, just as Dory did in the original.

Did Finding Dory find its way into your heart? Let me know. [email protected]

P.S. The Pixar short at the beginning is my favorite to date - charming, hilarious, inspiring. And judging from the audience reaction, it may be yours as well.