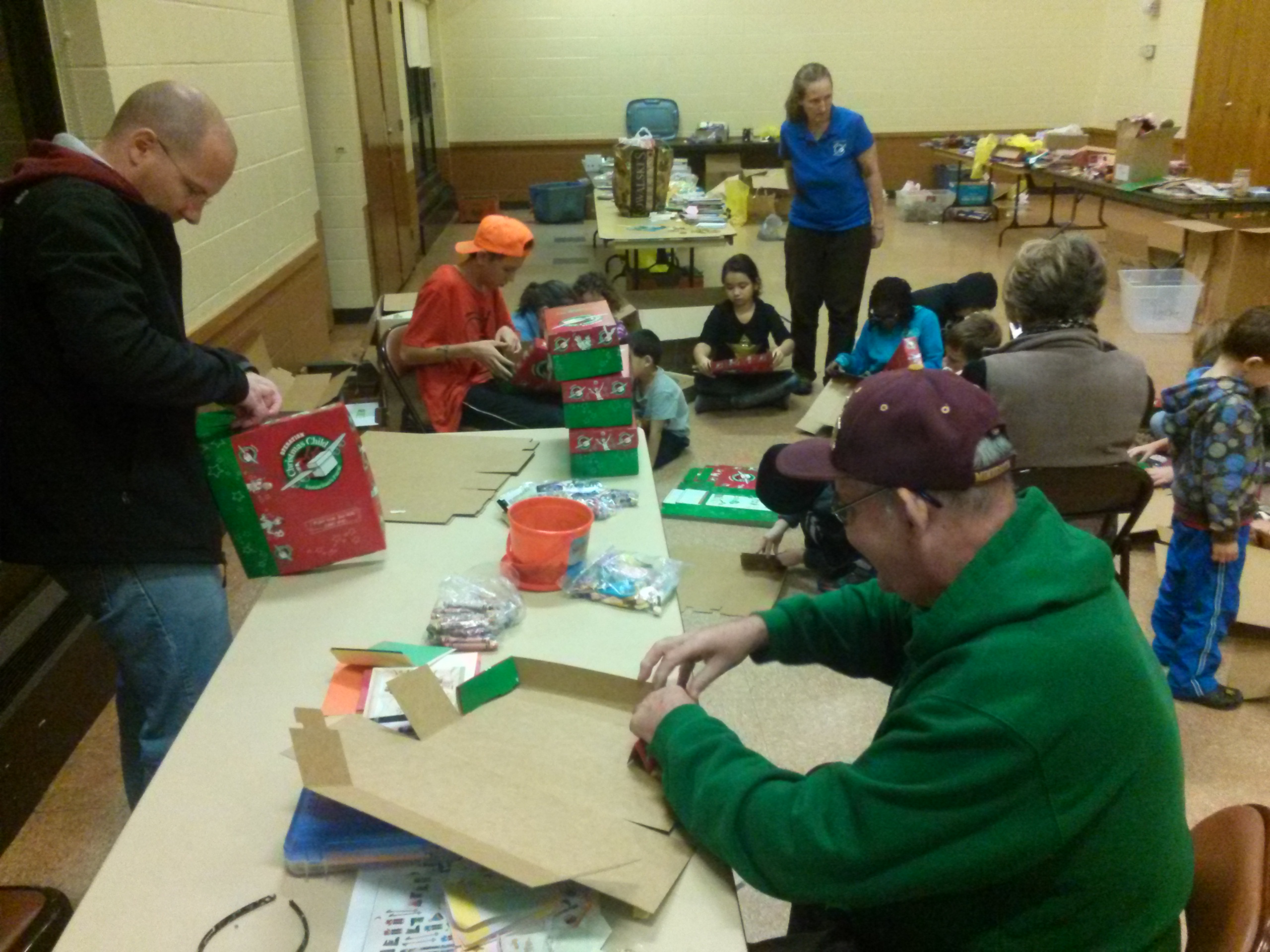 It's 8:01am and a Nextdoor alert has just been posted: 'free stuff for the taking in alley.'  Eight minutes later, before a waking neighborhood can even manage a reply, the 'stuff' is gone.  All that's left in the alley is smoke from the tires of a Schwinn that 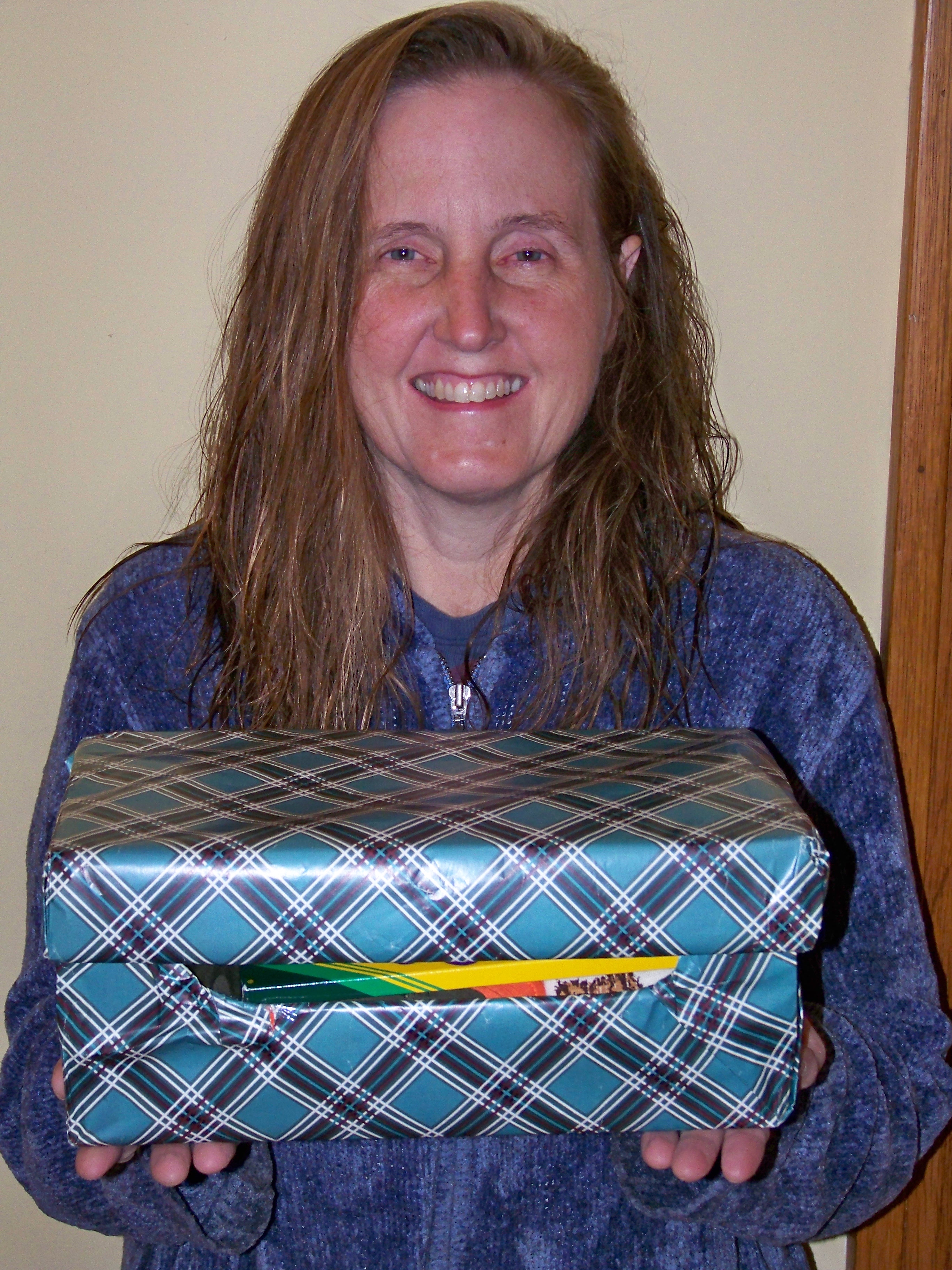 peeled off with the contents hanging out of the bike's basket.  Miscellaneous office supplies and toys have a new owner, and Penny Arcos is happy to keep it that way.  She's a collector who does not shed one tear for monopolizing Nextoor's alley alerts.  "This isn't for a science habitat project or to fulfill my lifelong pent up dream of fashioning a working 19th century camera from a shoebox.  It's for a child in need halfway across the world."

Recently I sat down with the Corcoran resident about a unique outreach that is taking place at the park building on the first Friday of this month.  It's called OCC (Operation Christmas Child), and since 1993, has delivered more than 130 million gift-filled shoeboxes to children, through people like Penny.  Billed as the world’s largest Christmas project of its kind, OCC seeks to bring God's love to children who otherwise would not have gifts to open on Christmas.

I asked Penny how she got started.  "Several years ago I was looking for something significant to do with my son Angel to serve others less fortunate than ourselves.  At the KTIS shoebox drop-off party, we started hearing stories of how these shoeboxes were impacting lives.  For instance, 7-year-old Alex in Rwanda ended up in an orphanage.  The shoebox showed him that somebody still cared.  He has now been adopted by a family in Minnesota and delivers shoeboxes to the orphanage where he grew up.  Angel and I got to meet Alex in person two years ago, and that's when I got hooked.  I started collecting gifts year-round to see how many boxes I could pack."

When she realized that she was amassing a significant number of gifts and shoeboxes, Penny resolved to host her very first packing party.  "I was a nervous wreck.  I handed out three hundred invitations and didn't hear anything back.  Only a few friends and my gardening partner Silvia Pérez Sánchez, of Mujeres en Acción y Poder, showed up.  Along with two of her children, Sylvia helped me pack about a hundred boxes total, but it took us two full evenings!"  That was 2014.

In 2015, Penny set out to do the same amount but in one evening.  This time she had thirty people, and did well over 100 boxes in just one hour of packing, leaving time to share a potluck meal with her helpers.  Ryan Flanders, the park director, welcomed the event.  He set up tables for the potluck and assembly lines for packing, with races to see who could pack the most shoeboxes in twenty minutes.

Enter 2016.  Scattered throughout Corcoran helping Penny store shoeboxes and toys is literally a network of people who have generously opened their garages and basements.  She estimates there are now enough gifts to fill 300+ average size shoeboxes at the potluck packing party from 6pm-9pm on Friday, November 4.  If you can come, bring a dish to share, along with a personal note for a child with a photo of yourself or your family, to include in your shoebox.  And Angel says, "Don't forget stickers to decorate the boxes.  That's the best part!"