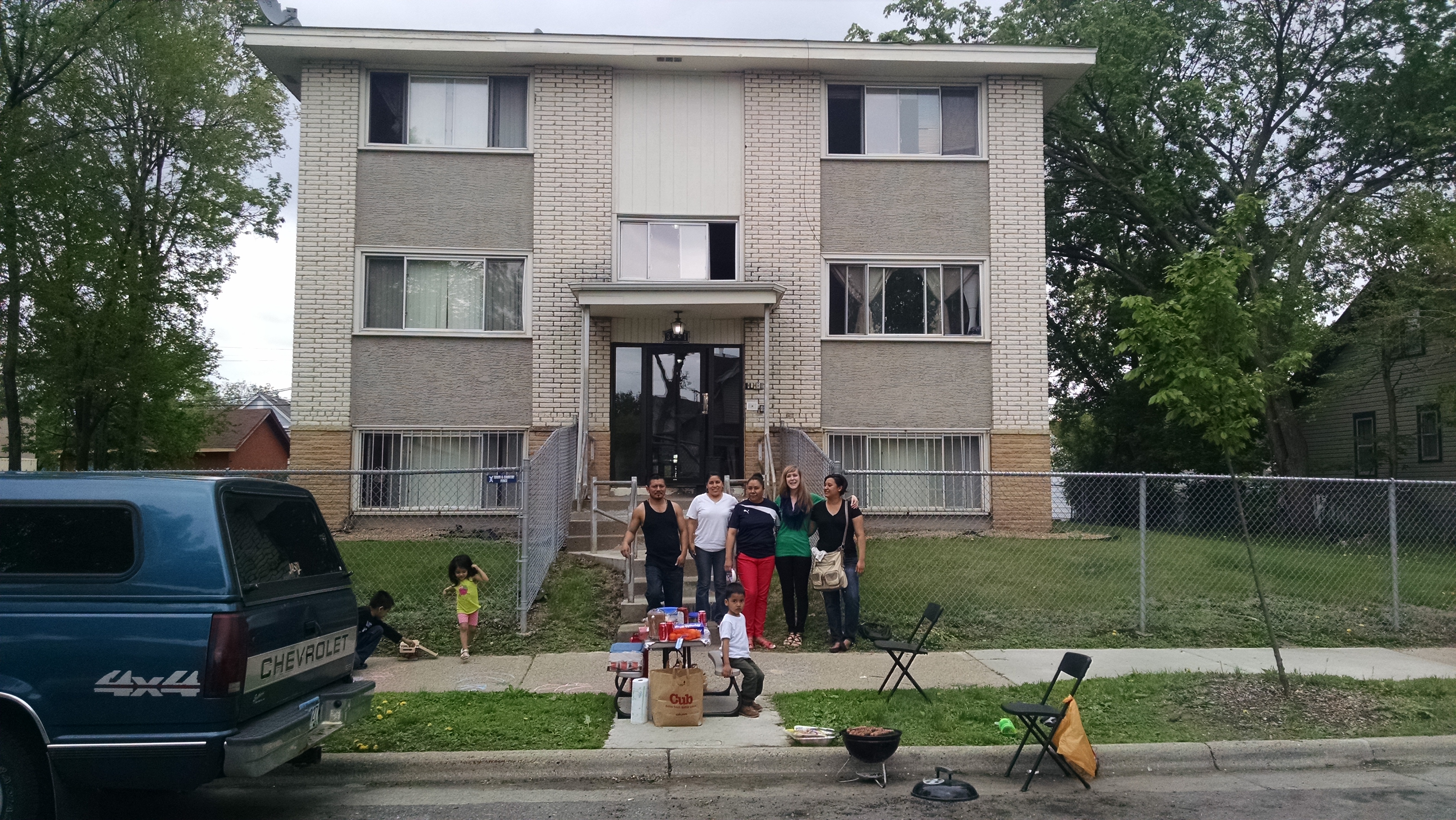 In July 2015, a lawsuit was started against the property owners, QT Properties, who owned property at 3021 Longfellow. QT properties attempted to evict 12 families in the building, renters who ordered repairs and organizing to address changes to Minneapolis ordinances. After court appearances, we worked together with the QT owner to reach an agreement, avoiding the eviction of three families who decided to stay and fight for repairs and changes in the treatment and management of this building in the neighborhood Corcoran.

On March 15th as part of the agreement, the first monthly meeting of the tenants and landlord of QT Properties occurred. The QT owner was willing to listen and work together so the tenants can have a safe and equitable home, pledging to work with the tenants and the staff responsible for fumigating and repairs. The landlord agreed to address issues with the performance and timeliness of repairs, payment of rent, and office hours.

Another important issue the Renter’s Committee is working on with the Corcoran Neighborhood Organization and Tenants United for Justice is the demand that began against the owner of Apartment shop, one of the largest owners of rental buildings in the city of Minneapolis and has many buildings in the neighborhood Corcoran. Capturing the attention of the media with the largest newspaper in Minnesota, Randy First from the Star Tribune wrote an article on the details of our demands and making it public on Saturday:

Now Franz is under fire himself, on trial in Hennepin County housing court, accused of fostering similar substandard conditions at a 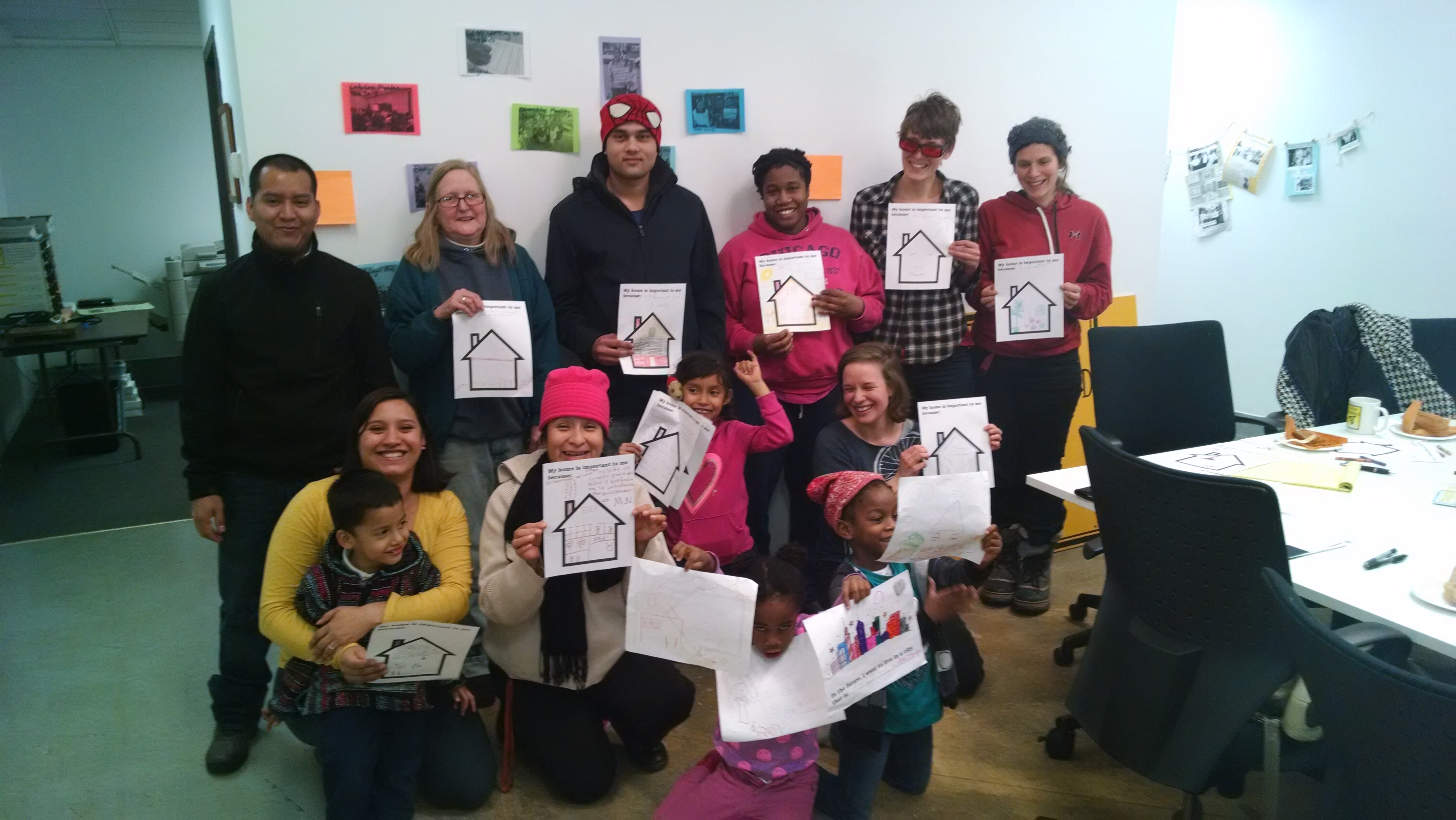 south Minneapolis apartment building. Members of a tenant’s rights organization say he has failed to repair other properties, as well. City records analyzed by the Star Tribune show that the landlord, Franz, has accumulated more housing violations than any other landlord of large apartment buildings in Minneapolis over the past three years. He owns upward of 50 properties with more than 1,200 units. His defenders insist that the largest share of those violations were doled out in 2013.

Franz assumed ownership in late 2012. About 62 percent were issued in 2014 or later. The properties are of particular importance to the city, since the former owner, Spiros Zorbalas, was forced to sell after the city threatened to revoke his licenses. Zorbalas had racked up more than 2,100 violations.

Frenz was on the witness stand Friday, defending himself against tenant allegations that he and his company ignored repeated complaints about rundown conditions at an 11-unit apartment building, including an infestation of bedbugs, roaches and mice.

The city’s data show that Frenz has amassed 638 housing violations since 2013, the largest chunk of which — 44 — were for pest extermination. Other top violations included water damage, rubbish removal, plumbing repairs and wall repairs.

Attorneys from a prominent Minneapolis law firm said on Wednesday that they would no longer represent one of the city’s biggest landlords in a lawsuit brought by some of his tenants after the landlord was accused of submitting phony leases to a Hennepin County housing court.

Frenz is accused of operating a rundown apartment building in south Minneapolis that is plagued with roaches, mice and other problems and of not making timely repairs.

In Wednesday’s dramatic legal move, Fredrikson & Byron attorneys Kyle Ubl and Sten-Erik Hoidal, representing Frenz, announced that they were withdrawing from the case. Hoidal also submitted a letter to the court withdrawing three leases and other documents from the public record that they had filed earlier on behalf of Frenz.

Lawyers for the tenants, from Faegre Baker Daniels, offered evidence that Frenz may have tried to exaggerate the number of tenants in the building in the 3000 block of 14th Avenue S. to get the case dismissed. He claimed in an affidavit he had 11 occupied units, but based on documents filed Wednesday, there may have only been eight or nine.

“We believe these were false leases, ginned up to defeat our clients,” said Michael Cockson, a Faegre attorney, in court.As Frenz left the courtroom on Wednesday, he did not respond to questions about the fraud allegations. He said that if fraud were proven, it could have implications for past evictions of tenants by Frenz’s company based on similar documents. “How far back does this go?” Cockson said in court, later adding: “I want to understand the depth of this fraud.”

Armed with an order from the chief judge of Hennepin County, a team of forensic experts began searching the computers and smartphones of one of the city’s biggest landlords — who is accused of filing fraudulent documents in court — on Thursday morning.

The four experts from Stroz Friedberg, a national forensic company, began looking for e-mails as well as other data and files. The data may determine whether the landlord, Stephen Frenz, committed fraud and whether he had accomplices in an alleged scheme to falsify leasing information to get a tenant lawsuit against him dismissed.

Hutchison has scheduled a hearing on the case March 29.