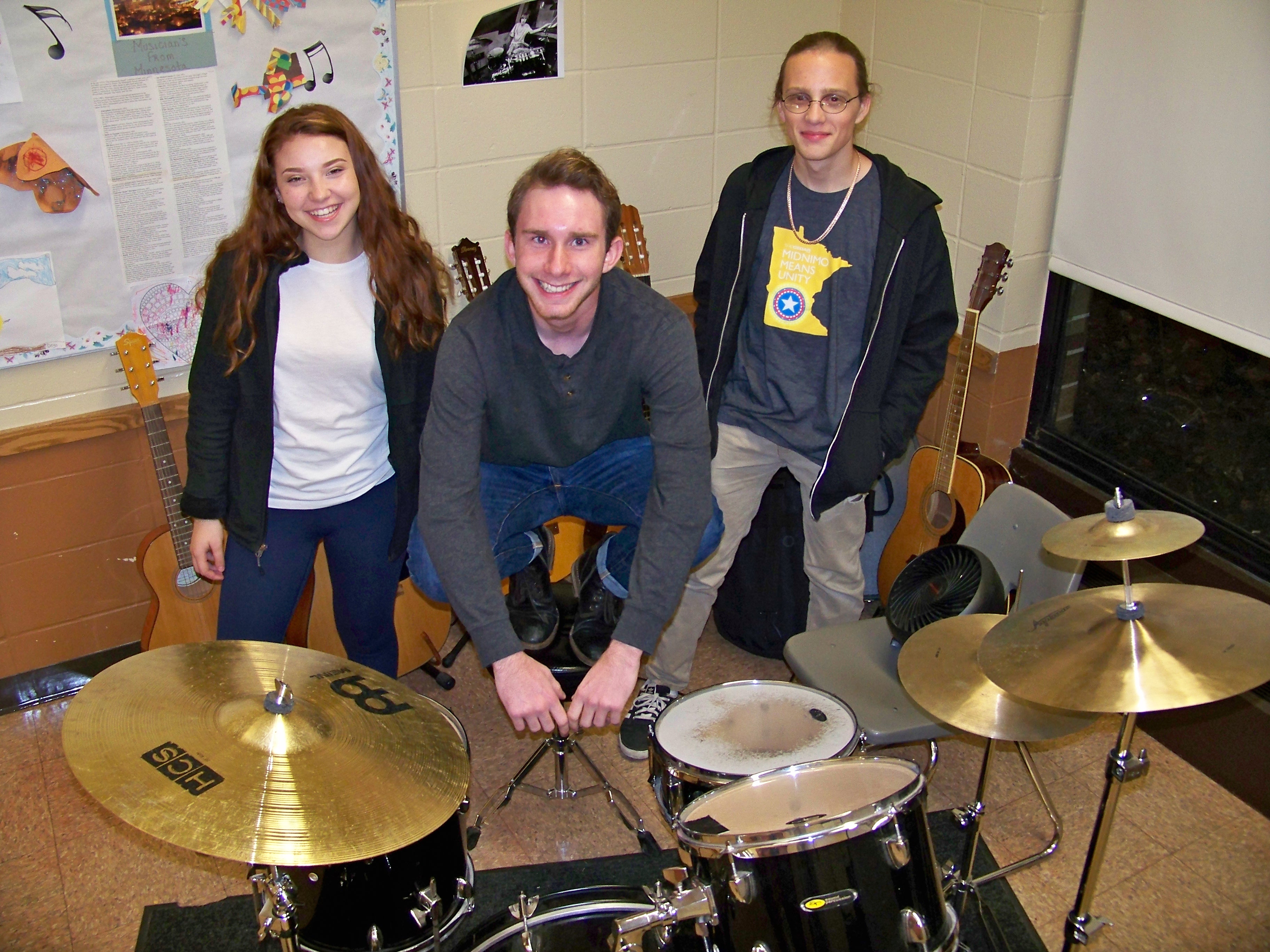 Corcoran Park music instructor, Eric Silva Brenneman, had a dream: take the School of Rock model (afterschool music lessons with the goal of getting students playing a concert before a paying audience) but make it accessible for all incomes in the community that he loves.  And that he has done.  Enter Minnie, 16, (Vocals/Bass), Oscar 17, (Lead Guitar), and Joe, 17, (Drums).  Together, they are the latest version of Parks & Wreck (the name Eric's wife, CNO Board chair Lisa Barajas, came up with), and they have their first recording coming out soon, courtesy of Ideawerks at Powderhorn, a non-profit recording studio for the community.

There is no release date yet, but already a tinge of 'celebrity' is sinking in.  "I can't believe it," says Oscar.  "We went from being unknowns to, 'Hey, aren't you that Corcoran Band?'  It's like a Hannah Montana to Miley Cyrus transformation, or is it the other way around?"  "Oh, we're rock stars," jokes Minnie. "Don't we have like 40 likes on Facebook?"  "Try more like 70," Joe corrects in all seriousness.

When asked what we can expect from the initial EP, Eric smiled and calmly replied, "Everybody will find something to relate to.  I'll let the band speak for itself."

Joe says he borrows from drummers Chris Pennie and Matt Garstka of the progressive metal bands Coheed & Cambria and Animals as Leaders, respectively.  I had the privilege of walking in as Joe was ripping a solo from "Zombie" by The Cranberries…taking me back to my own alt-rock days in high school.  Folks, this guy can drum!

Oscar used to play piano in a jazz band, and now he's involved in hip-hop production, producing beats for friends.  Apparently he has a punk version of Johnny Cash's 'Walk the Line.'

Minnie draws on Amy Winehouse, Adele, and The Roots, and prides herself on being one of only a select few female vocalist/bass players.  She also hones her skills in varsity choir at South High.

Oscar and Joe are at South too, but they will be graduating soon, leaving some coveted spots for Maestro Brenneman's aspiring artists in the wings.  And because Oscar and Joe plan on staying relatively local for college, they can come back to Corcoran as 'visiting professors.'  With such changing of the guard, I couldn't help but be reminded of the classic film, Follow Me Boys, in which the older scouts come back as teachers.

During a recent performance at Open Streets, Minnie's sheet music fell down in the middle of a number, but she continued playing.  "That's poise under pressure that you can't teach," says the Maestro, tipping his flat cap with pride.  "I'm just super proud that these guys want to play and work hard, which makes my work easy."  At one point, Oscar wanted to learn Queen's Under Pressure (if not familiar, just think "Ice Ice Baby's" bass line) a song even seasoned veterans struggle to perform.  "It took them six months but they crushed it!"