Now it seems that Summer is (Almost) Here

Last month I wrote about how spring weather seemed to be on the horizon. Little did I know that in March there would be days that felt like summer. It is certainly possible that we may end up with a lot of snow this month – though I doubt it will hang around for more than a couple of days. If this is the case, allow me one more indoor activity to help occupy your time: chess.

When I was about six or seven years old my Grandpa taught me how to play chess. For those of you who have gone through this, the hardest part is just remembering which way the pieces move, and in the case of a pawn, attack. I have played against my dad (a lot) Out of about 50 games I would say I’ve won 4. So clearly, my dad is better than I am at chess. (Though he reminds me he has a 50-year jump on me). For my birthday I got a Simpsons chess set. Each of the family members is 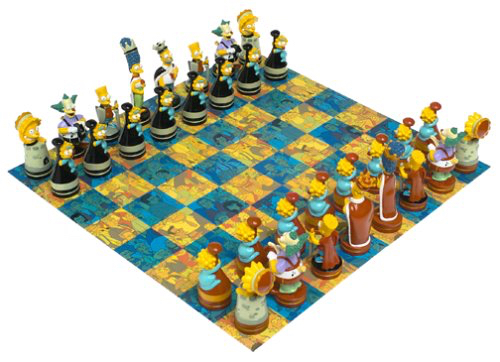 featured along with Krusty the Clown.

To set up the game each person places the eight pawns on the second horizontal row from their perspective then put the rest of the pieces like this; far left and right squares: rooks next two squares on either side: knights then Bishops in the same fashion. Then place the Queen and King in the center. Which piece you put on which square depends on whom you play with. I personally put the King on his color (white or black, red or black, yellow or blue). Just make sure your pieces are a mirror image to your opponent's.

Recently I have been teaching my Grandma how to play. She was also having a hard time remembering how the pieces moved so I made a list of the rules. 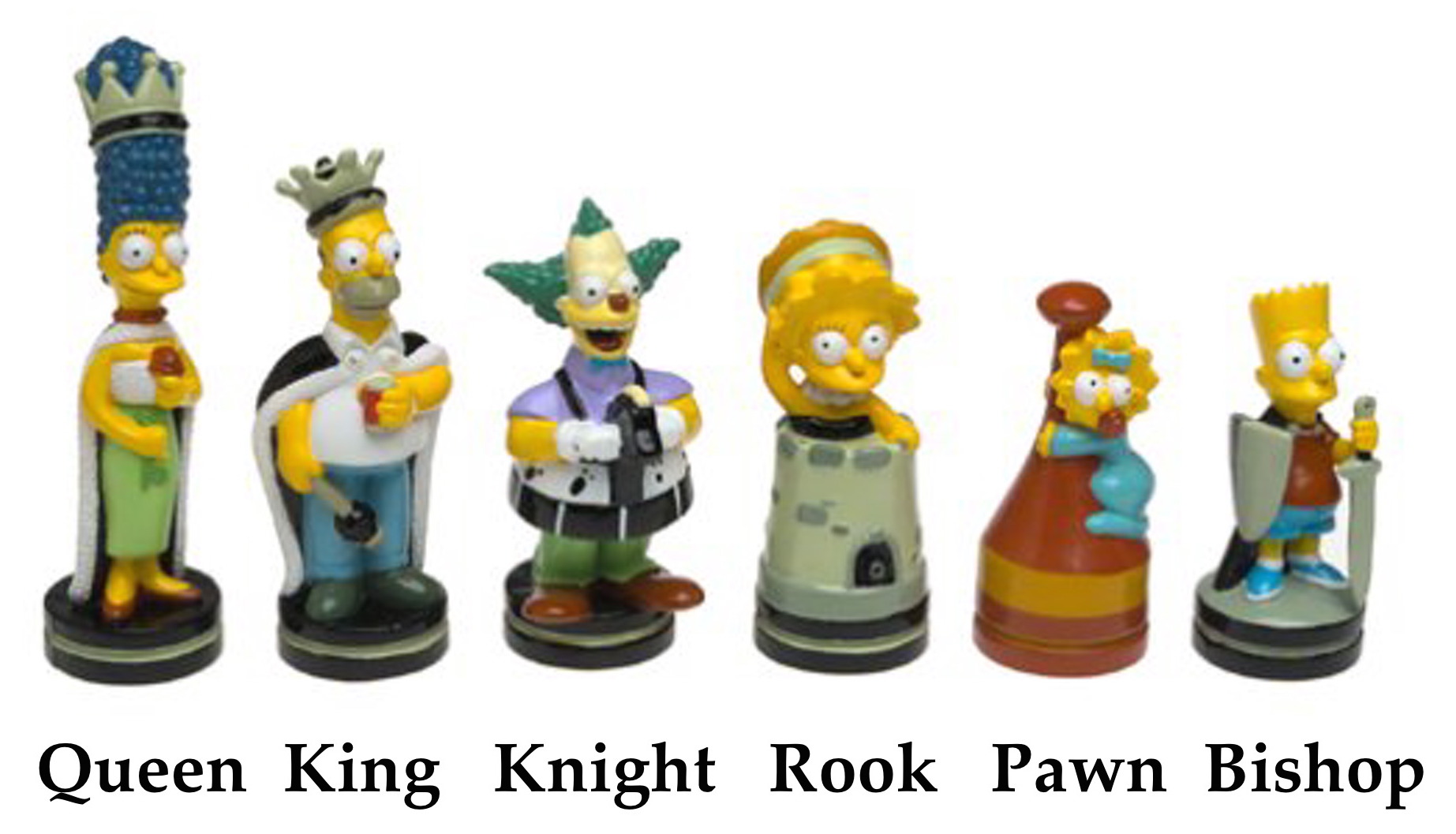 The King can move one square in any direction. This is how he attacks, though not if the move puts him in check. Rank: #1

The Queen can move as many squares as possible in any direction as long as her path is unobstructed. Rank: #2

The Bishop can move as many squares as possible, diagonally, as long as it is not obstructed. Rank #4

Knights move in a very odd way. They move three squares either horizontally or vertically then they move one square to the right or the left. (L shape) Rank: #5

Rooks can move as many squares as possible horizontally or vertically as possible as long as their path is unobstructed. Rank: #3

On a Pawn’s first move they can – but don’t have to – go two squares forward.  They capture diagonally (moving only one square). Other than that they only move one square forward the whole game. Rank: #6

The game is over when one player moves to capture the other player’s King (check/checkmate). Check is when on the next move your opponent could win by taking down your king. If you can block or capture that piece – or simply move your king – you can avoid checkmate. Checkmate is just like this but there is no escaping.

There are a few other special moves that are usually listed on the rules included with your chess set. Though, if you are a beginner I suggest that you don’t concern yourself with these special moves, for now. The quickest way to improve your game is by playing against someone who is good. Finally, to keep the game fair a good beginner rule is to agree with your opponent that neither player should capture their opponent’s Queen. It’s not impossible to win without the queen, but it sure is hard.