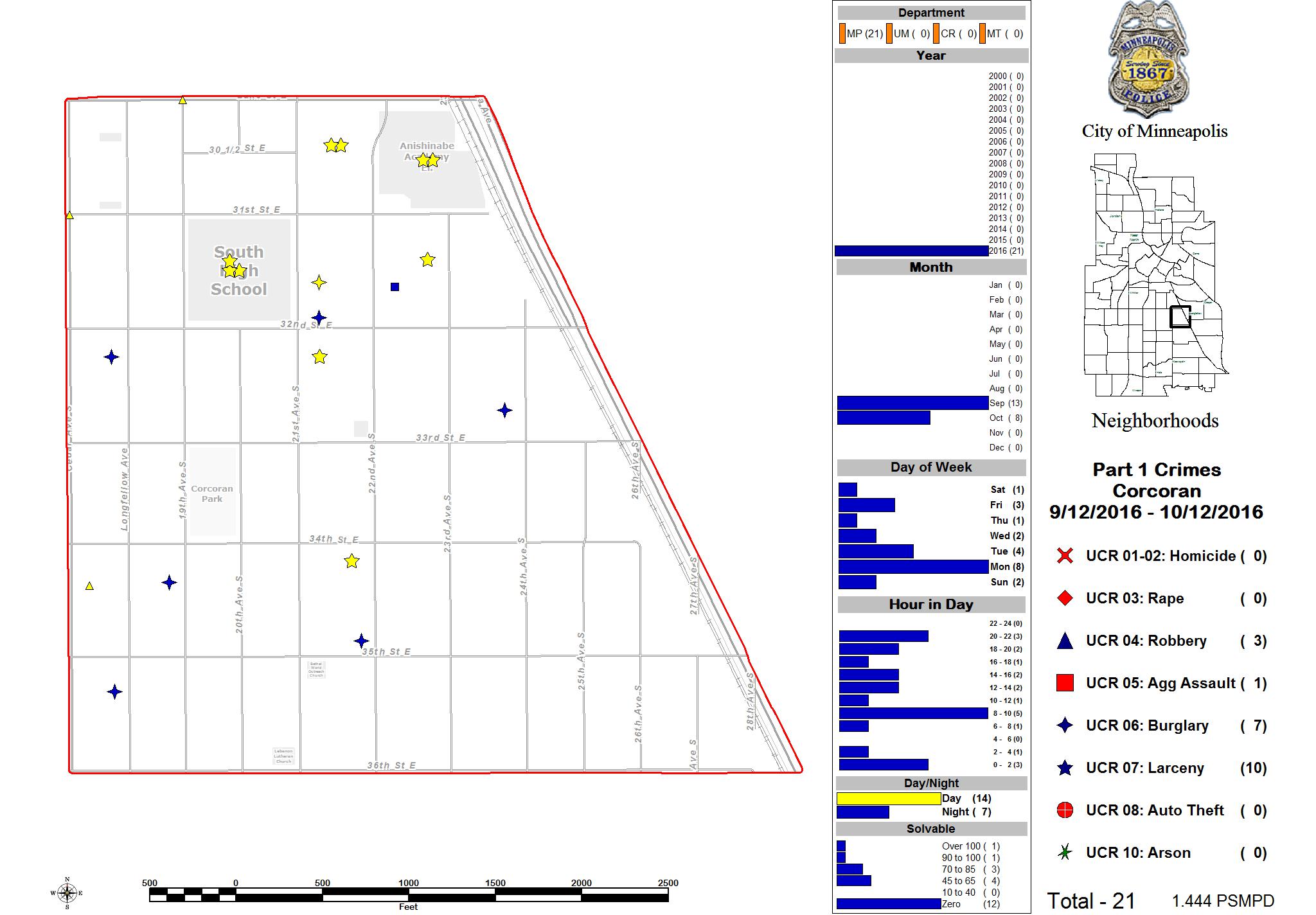 How safe is Corcoran and how does it compare to the rest of the City? The City of Minneapolis has 87 neighborhoods as considered by the MPD. Parts of the City have perceptions for being the “bad” or “rough” or “crime ridden”, especially by those who do not live in the City. This month I did some research into how our neighborhood compares to other parts of the City. I took my data from this source: http://www.ci.minneapolis.mn.us/police/statistics/crime-statistics_codefor_statistics.

Corcoran, due to its proximity to Lake St. is sometimes considered one of these 'rough' areas. But how do we stand in relation to others? In terms of overall crimes reports we rank #28 out of 87 with a total of 191 reported crimes of all types for year to date September 2016. The number one spot was Downtown West, which had a total of 1916 reported crimes; almost ten times worse than Corcoran. We have over 100 less than our northern neighbor Phillips East (north of Lake St.), and almost 200 less than our western neighbor Powderhorn Park. We had 50 more crimes reported than our southern neighbor Standish. On the eastern side, Longfellow, had over twice the number of crimes reported at 420. But this is just in total crimes. In the violent crimes (homicide, rape, aggravated assault) things look differently. We are tied with 70 other neighborhoods at the bottom of the list with 0 homicides. We are 32nd (three-way tie stats wise) in regards to rape with 3 reported.  The majority of violent crimes that happen in our neighborhood are aggravated assaults (the crime of physically attacking someone, we rank 30th with 14 reported) and robbery (the violent form of theft, we rank 16th with 27 reported). The highest number of reported crimes in our neighborhood involves the various forms of theft: larceny (98 reported) which is defined as the non-violent theft of property, Robbery (27 reported) which is theft with violence involved (e.g. a mugging), and burglary (38 reported) which is unlawful entry into a structure with the intent to commit a crime.