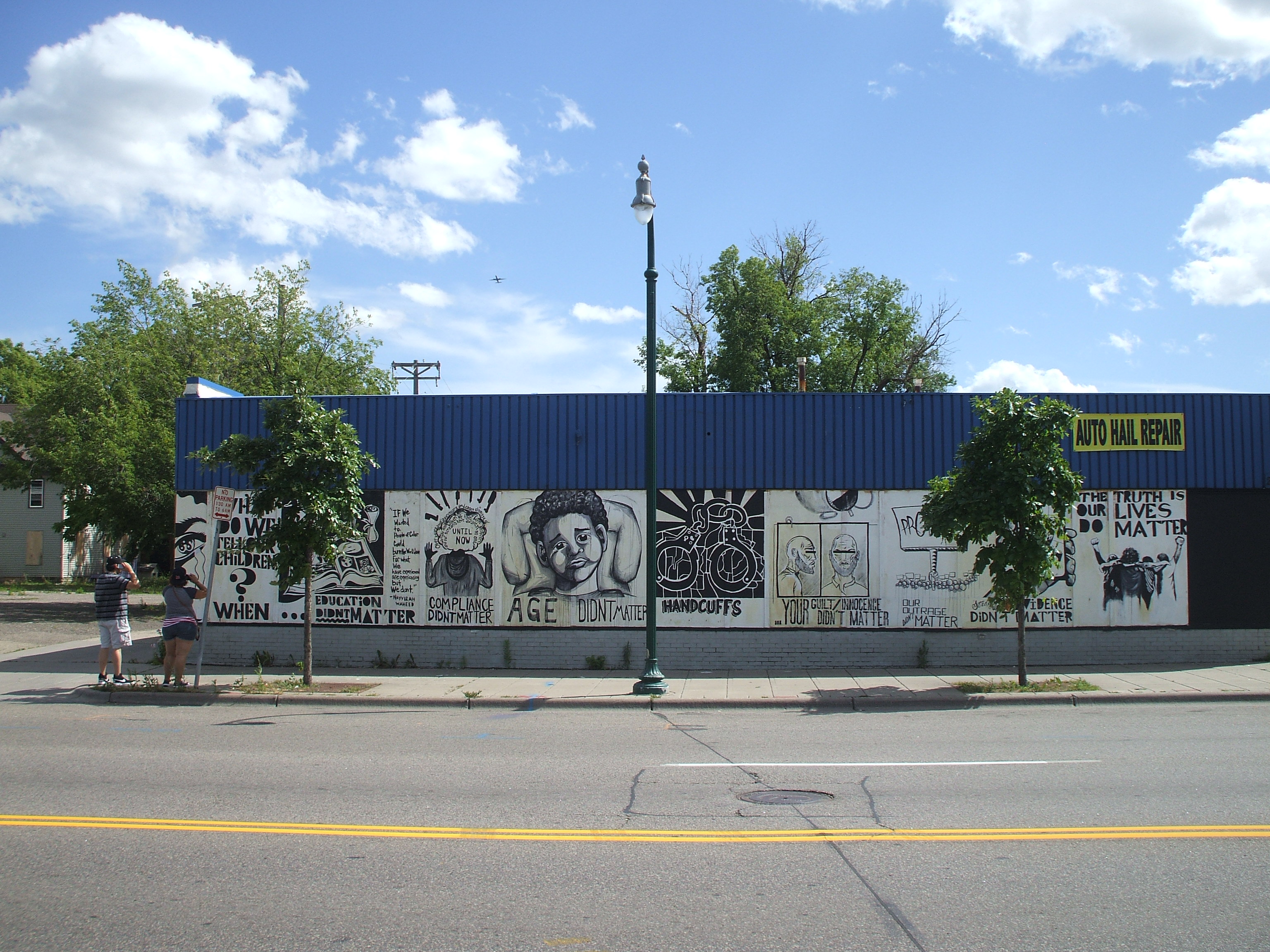 In the aftermath of the police killing of Philando Castile on July 6, local artists found a way to capture and reflect in a public way the anger and grief being felt by many.  A team of artists - primarily people of color - collectively planned a mural design that responds with successive visual panels to the question, “What Do We Tell Our Children? When (Education, Compliance, Age, Handcuffs, Your Guilt or Innocence, Protest/Our Outrage, or Straight-Up Evidence) Didn't Matter?  The Truth is Our Lives Matter!”  The mural conveys that even such things as being a 4 year old child can't keep you safe from police violence.

Selecting a boarded-up building located on East Lake Street facing the Pioneer Cemetery near the Taco Taxi artists worked late into the night of July 7 (and the wee hours of July 8,) to paint their message.  The mural-painting event attracted a number of supporters; money for supplies was donated, a tent set up, a generator powered bright lights to work by, food was brought, ladders were loaned.  Supporters watched, talked, cheered on the artists, as everyone processed this latest tragic event. 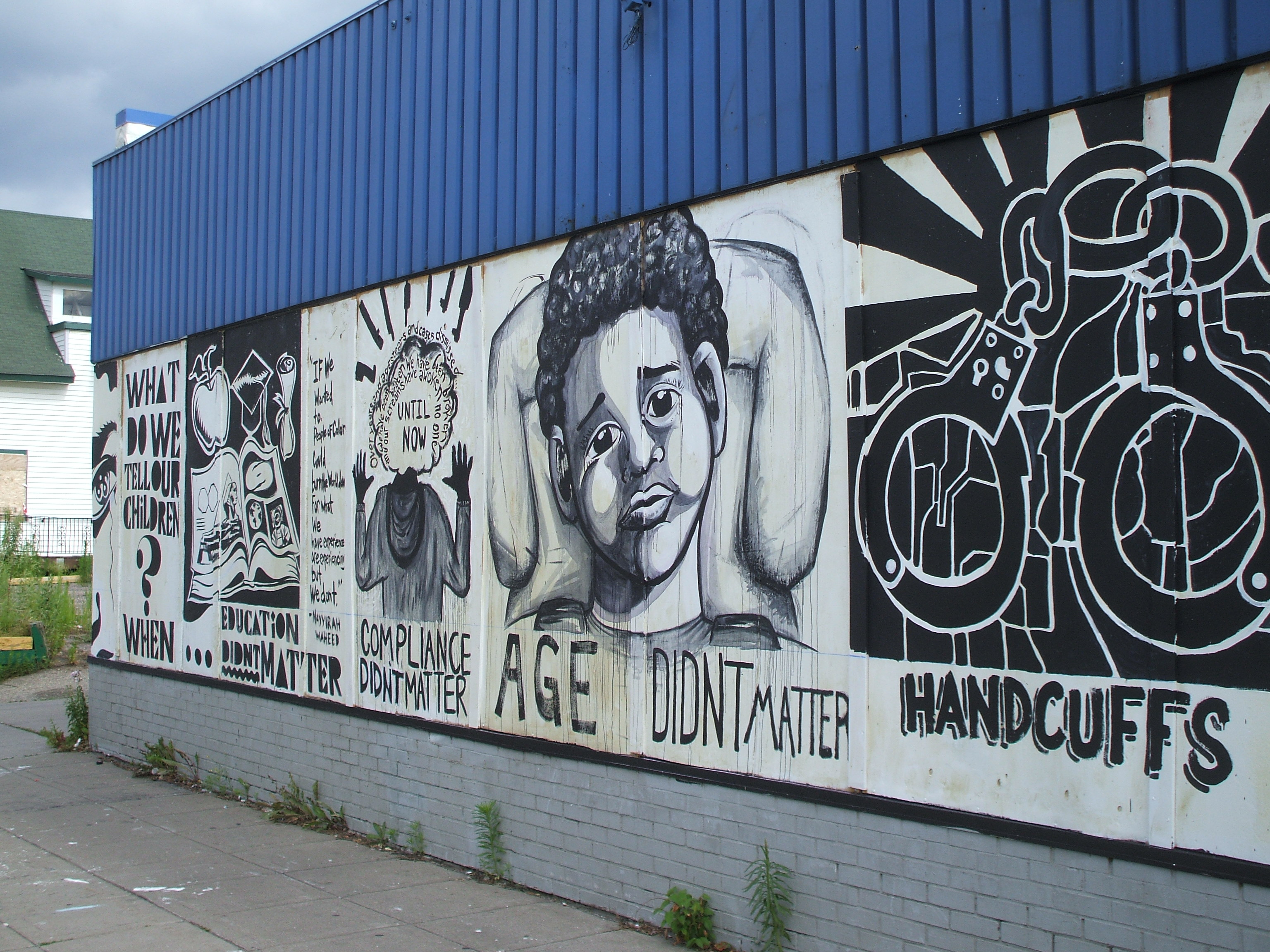 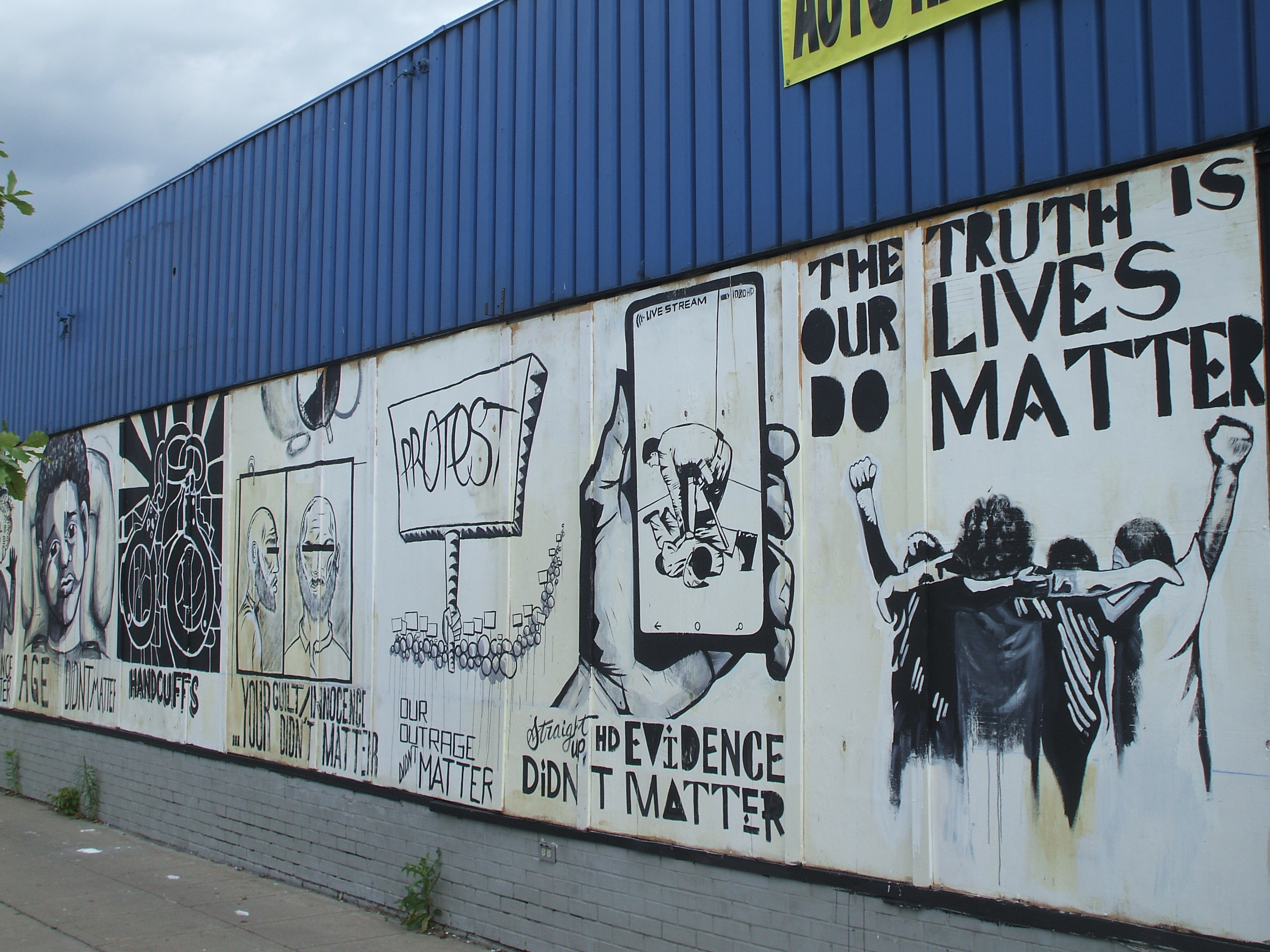