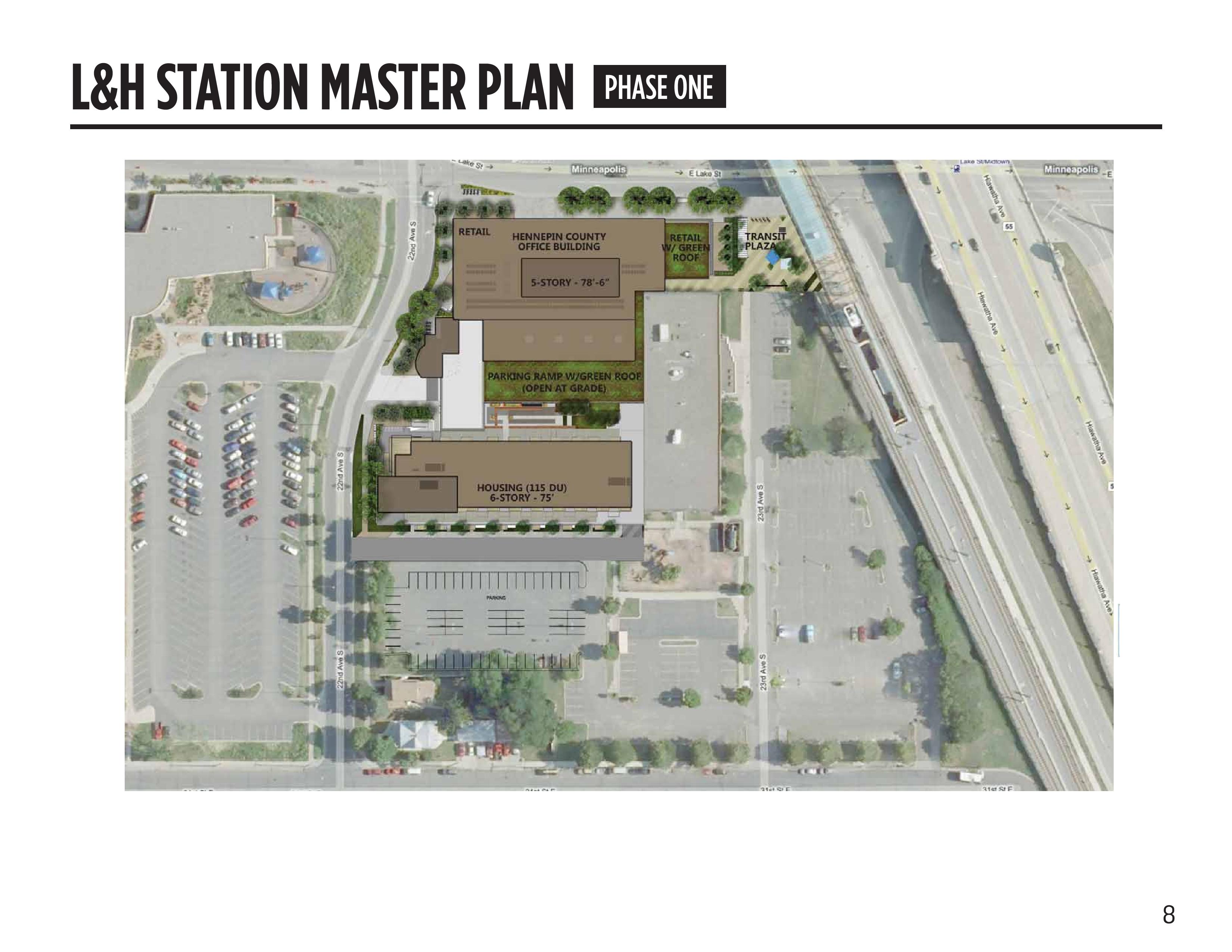 Developers for the first phase of housing at the 2225 Lake Street East site presented their plans at the April 6, 2017 Land Use and Housing Committee monthly meeting.  The apartment building will sit on top of the new parking ramp immediately south of the new Hennepin County service hub.  The building will stand six stories high with 123 apartment units, including 36 studio units, 69 one-bedroom units, and 18 two-bedroom units.  Rents will be capped at the affordability level for 80% of the area median income.  Those monthly rates will tentatively start at $975 for a studio, $1,295 for a one-bedroom, and $1,546 for a two-bedroom unit.  The building will have dedicated on-site parking for 70 vehicles, and an additional 120 parking stalls will be shared with the Hennepin County service hub.  The developers intend to begin construction next month, and hope to open the building for tenants in May 2018. 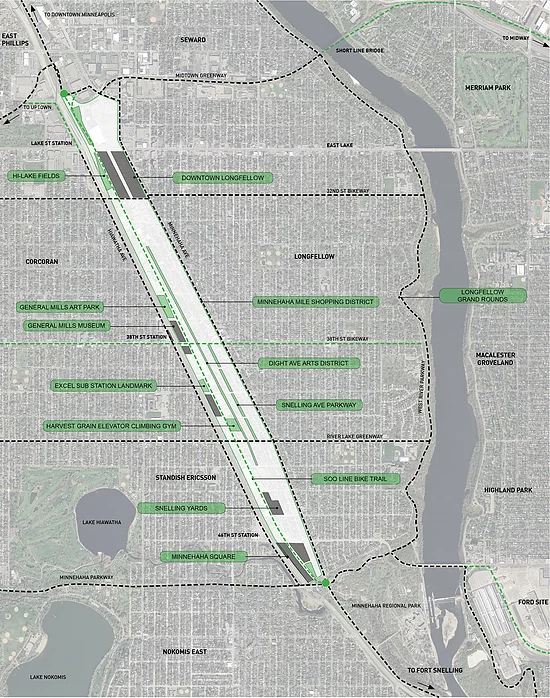 The Committee also heard from proponents of the Min Hi Line, which is a proposed green space that would run between Hiawatha and Minnehaha Avenues from Minnehaha Regional Park to the Midtown Greenway.  The site currently hosts eight sets of lightly-used railroad tracks.  The Min Hi Line Coalition hopes to model the linear urban green space on New York City’s High Line and Atlanta’s BeltLine.  Committee members enthusiastically and unanimously voted to recommend that the CNO Board write a letter in support of the project.  On April 13, 2017, the CNO Board also voted unanimously to support the Min Hi Line.  The Min Hi Line has previously received endorsements from the Longfellow Community Council, Standish-Ericsson Neighborhood Association, Nokomis East Neighborhood Association, East Phillips Improvement Coalition, and the Prospect Park Association.  More information about the Min Hi Line can be found at www.minhiline.org.

The Committee voted to move our regular monthly meetings back half an hour to 6:30 to 8:00 p.m. on the first Thursday of the month at the CNO building located at 3451 Cedar Avenue South.  Please join us!