The new school will be located on the southwest corner of 21st Avenue South and East Lake Street in the present location of the soon-to-be-demolished 2019 East Lake Street building.  The entire project will cost $29 million and will result in a three-story building occupying half of the city block along Lake Street between 21st Avenue and 20th Avenue.  The school’s main entrance will face Lake Street, with the western wing dedicated to Adult Basic Education and the eastern wing dedicated to the Transitions Plus program.  The design includes 121 underground parking spaces for staff and students and 39 visitor parking spaces in a surface lot immediately south of the building facing South High’s Barnard Field.  The building will meet LEED standards for energy efficiency and all rainwater will be captured and stored on-site. 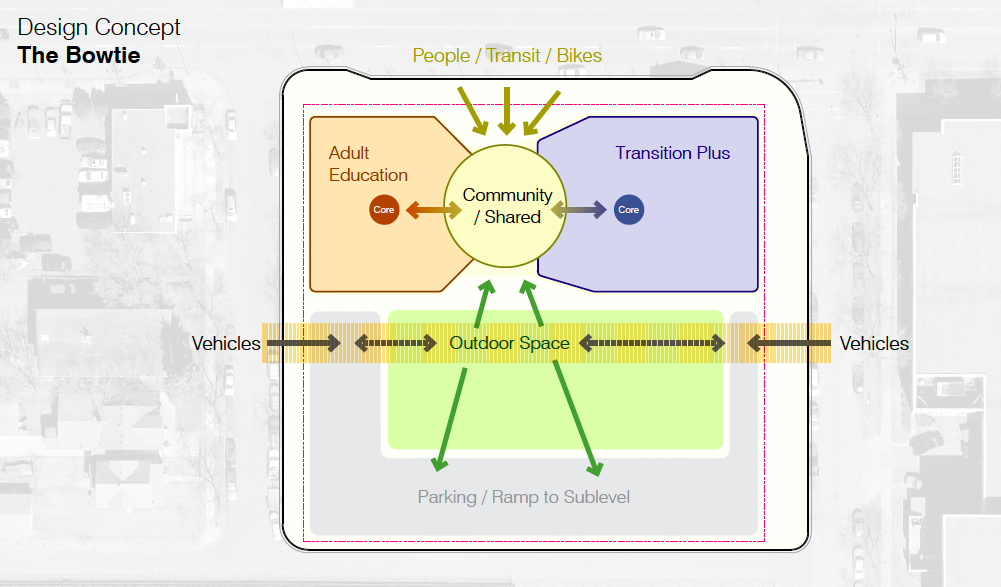 Tamble and Special Education Director Rochelle Cox.  Transportation was a theme, with questions on Corcoran residents’ access to street parking, the availability of transit passes for students, and the feasibility of moving a bus stop one block west from the YWCA to the new school.  Mr. Tamble and Ms. Cox both expressed interest in moving the bus stop and they each described their department’s plans to encourage their students to use transit.  CNO Board Member Adam Tomczik explained that our organization is ready to work with affected neighbors on parking issues. 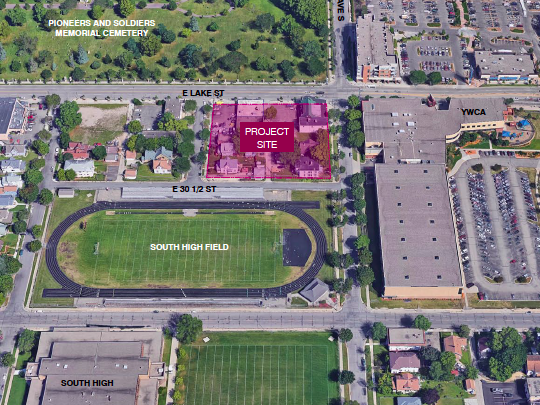 Several parents of South High students voiced concern that Minneapolis Public Schools did not consider the high school’s needs when planning for the new building.  South High Principal Ray Aponte said that his focus is on improving the athletic facilities at Barnard Field, and he hopes that the new development does not interfere with those goals.  Mark Bollinger, Executive Director for the MPS’s Facilities Management and Capital Construction, acknowledged that Minneapolis Public Schools did not begin to invest significant capital in the South High campus until 2003.  Mr. Bollinger promised to bring parents’ concerns to MPS’s executive leadership.

After the presentation and question-and-answer session, Corcoran residents at the meeting voted unanimously to support the MPS design plan for the new project.  The CNO Board ratified that support at our January 12 meeting with two conditions: 1.) that MPS work to provide transit passes for students and staff who will use the new facility in order to address residents’ parking concerns, and 2.) that MPS commit to making their capital improvement plan within 2 years and to involve CNO in discussions about the South High campus; furthermore, CNO supports a variance to the Pedestrian Overlay District to allow more than forty feet of surface parking at street frontage along 30-½ Street.  Construction will commence in late spring or early summer of 2017 and the school will open in the fall of 2018.