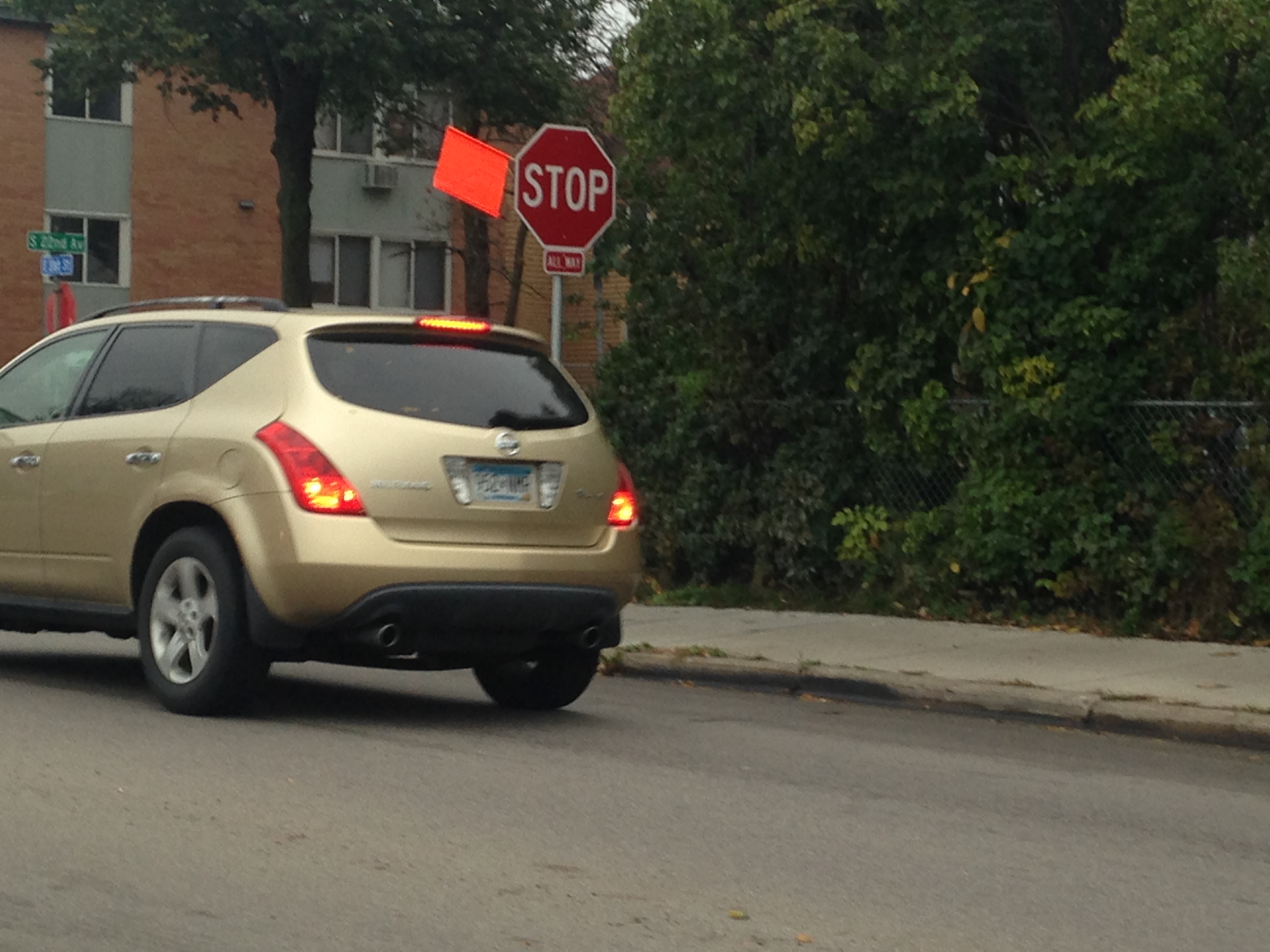 Corcoran residents identified the need for the four-way stop in September 2001 during early brainstorming sessions for the Corcoran Midtown Revival small area plan.  At the time, the intersection was busy with regular traffic and visitors to the newly-built YWCA Midtown on the intersection’s northwest corner.  Parked cars often obstructed the view of cross traffic for people driving north or south.

Over the next 15 years, residents repeatedly requested a four-way stop and Public Works repeatedly denied their requests, claiming that traffic counts did not justify the additional stop signs.  The Minneapolis City Council voted on the issue twice while Council Member Gary Schiff held office, but both votes failed based on the recommendation of Public Works.

On September 8, 2016, I launched a Change.org petition for a four-way stop.  Since then, 159 people signed the petition, and many signatories shared their personal safety concerns with the intersection.  In September, CNO and Council Member Alondra Cano held an event at the Midtown Farmers Market to welcome Minneapolis’s new Director of Public Works, Robin Hutcheson.  I spoke with Ms. Hutcheson about the need for a four-way stop at the intersection, and both Council Member Cano and County Commissioner Peter McLaughlin enthusiastically.  Within weeks, the CNO Land Use and Housing Committee and the CNO Board voiced official own support.

Council Member Cano and her staff worked within City Hall during the past month to convince Public Works that the change was necessary.  Finally, on October 14, Public Works announced that new stop signs would be installed.  This has been a small but important victory by Corcoran residents to protect our safety and quality of life in the face of intensive development in the northeastern corner of our neighborhood.