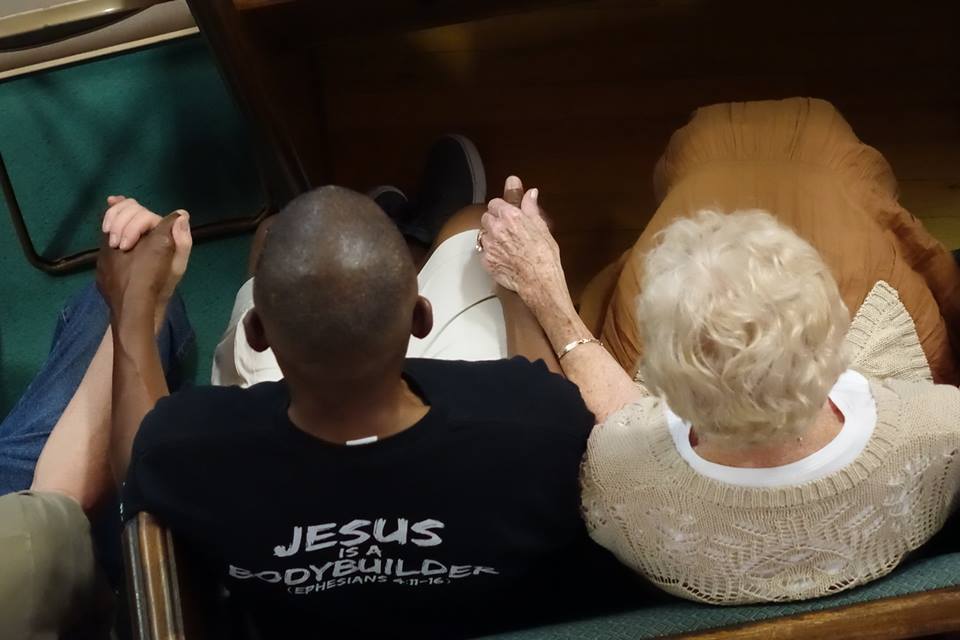 On Monday night, July 11, Greater Friendship Church (38th Street & 26th Avenue) opened its doors for a Community Prayer Vigil in the wake of the incidents in Baton Rouge, Dallas, and St. Paul, that had just occurred.  Though there were probably hundreds of different perspectives present, we were able to come together as a community, laying down all agendas but the common faith we shared in the message of the gospel.

When I arrived it was standing room only.  Multiple speakers (mostly African American) called us to lock arms as brothers and sisters in the faith, over and above our skin color or any other dividing factor.  Billy G. Russell, the host pastor, seemed genuinely thrilled to see his white brothers and sisters and talked repeatedly about the cross unifying us.

Bishop Richard Howell of Shiloh Temple in North Minneapolis, whose community was still reeling from the shooting that had taken the life of a toddler, led us in a prayer of lament, “O God, we are weeping tonight, and seeking Your face.  O God, what is Bethlehem Baptist pastor, Jason Meyer, exhorted us to take hold of the supernatural power the Bible says we have, for racial healing in our communities.

Pastor Laurel Bunker, dean of campus ministries at Bethel University, echoed Meyer's challenge, taking it a step further, "If the Word of God cannot protect us, then there is no protection.  I want you to think about and pray for that neighborhood that makes you incredibly uncomfortable, and then I want you to ask God to afflict you with it until you go there."

Pastor Richard Coleman, of St. Mark’s AME Church in Duluth, prayed for a miracle of repentance and forgiveness and compassion to awaken us.  He then called us to gather in groups and pray for one another.  It was at this point that my eyes were opened to the beauty that had emerged from the ashes of the tragedies: people were holding hands across denominational and cultural barriers in a way that the American Church, sadly, had not known in a long time.

The final speaker, Alfred Babington-Johnson (President of Stairstep Foundation) laid out a specific platform that his organization was implementing for the sake of reaching the youth, "the African American community is living in a context of trauma, like post traumatic stress.  We want to take that off.  We want to have a ripple effect out of our neighborhoods."

The benediction was delivered by Pastor Terrance Rollerson of Urban Refuge Church in Minneapolis.  He began by quoting from 2nd Chronicles, “If my people, who are called by my name, will humble themselves and pray and seek my face and turn from their wicked ways, then I will hear from heaven, and I will forgive their sin and will heal their land.' "  He then called us to deal with the sin in our own hearts, before we address the sin in our community.

Bishop Russell sent us off saying, “Spend some time walking these streets.  I like seeing you in my neighborhood.”

In summation, race relations were not solved, the political climate was not cooled, and the majority of us probably left with our own perspectives still relatively intact.  But we were uplifted as we came together to engage in the historically American practice of unification behind a larger principle…in this case, the principle of Jesus, whose life had given hope to each and every heart in that room.

*quotes taken from a recording of the Vigil