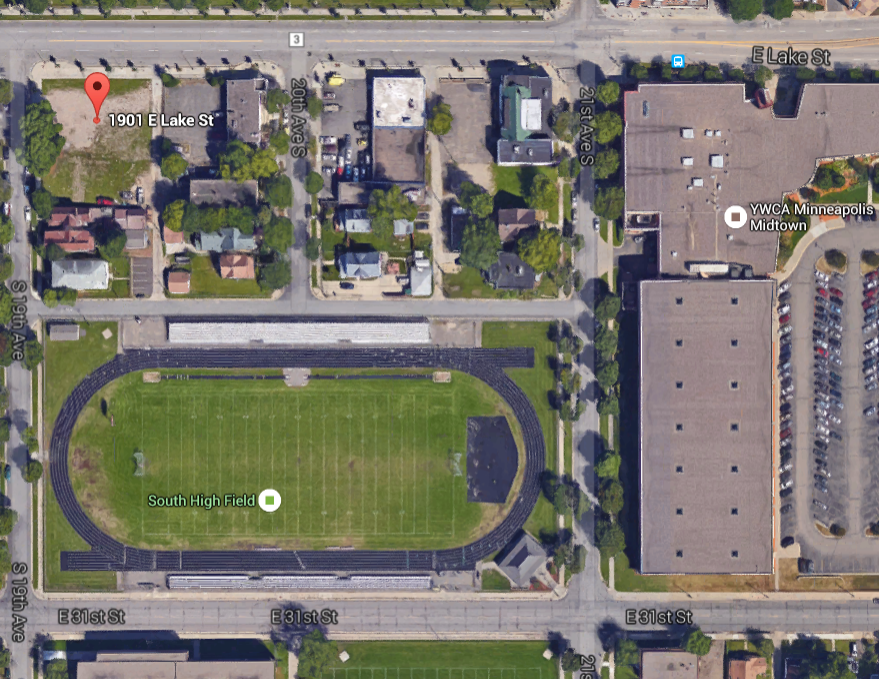 At its May 5 meeting, CNO’s Land Use & Housing committee heard a proposal to develop the vacant land at 19th and East Lake Street. The proposal would construct a new 2-story, 14,000 square foot commercial building on grade with a Mexican restaurant, additional office and retail space, and a 30 stall parking lot. The vacant, 100-foot deep property is owned by Ben and Margaret Liao and an adjacent 50-foot deep property is owned by the City of Minneapolis. The Liao development team would like to secure the City property as part of the project; both City staff and Council Member Alondra Cano had indicated they would base their own support in part on the CNO Board’s position on the project.

At its May 12 meeting, the CNO Board reversed a motion by the committee to support the project for several reasons. First, the proposal falls short of the 4-story, mixed use vision for this site laid out in the Corcoran Midtown Revival Plan, which was adopted into the Minneapolis Plan in 2002. In addition, the proposal would preclude goals by the leadership of South 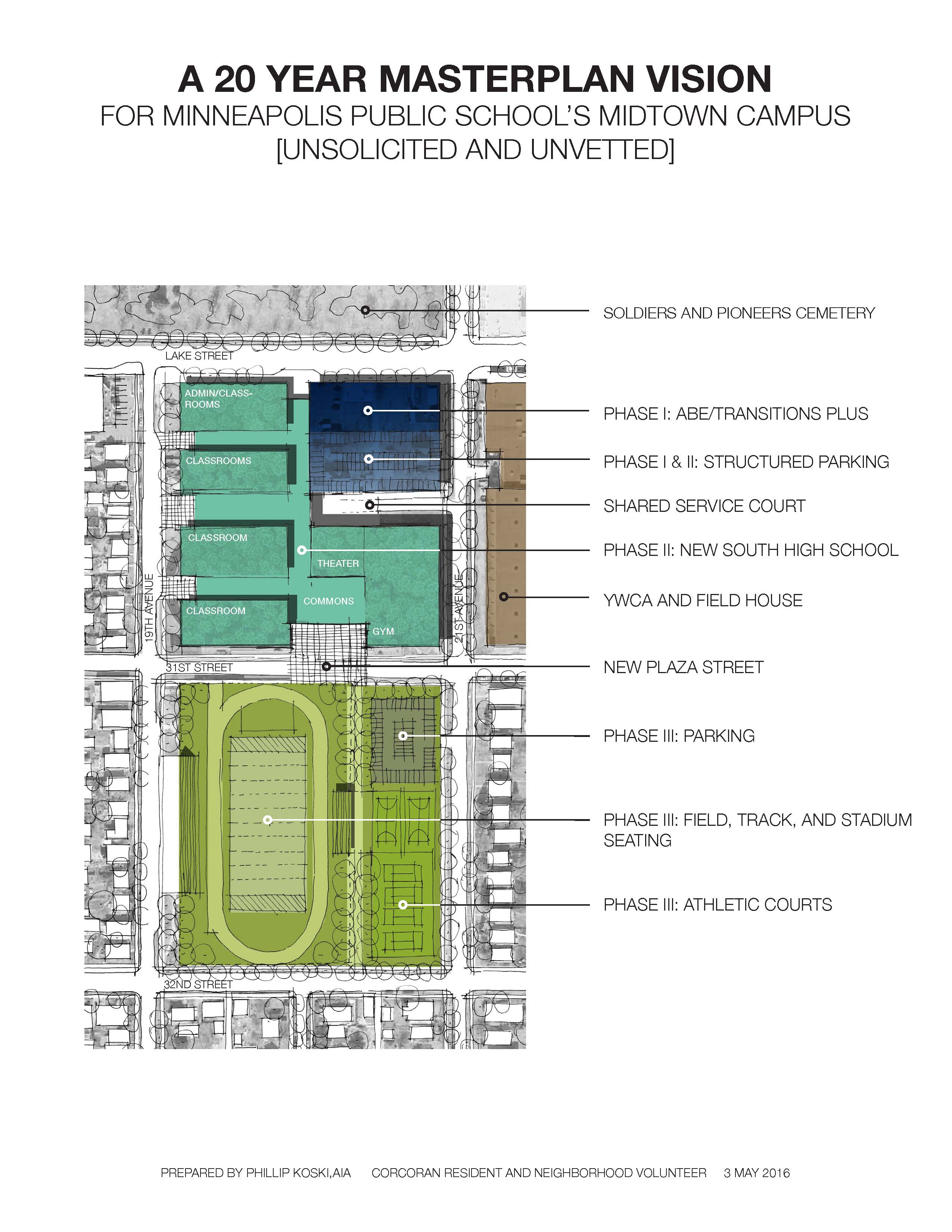 High and its alumni foundation to expand and improve its athletic facilities.

Meanwhile, Minneapolis Public Schools plans for a new facility for Adult Basic Education (ABE) and its Transitions Plus (T+) program continue to move forward for the collection of properties at 21st and Lake. Last year CNO helped MPS to assemble these properties, which the district now owns and plans to demolish soon to accommodate the new ABE/T+ facility.

Corcoran resident and architect Phillip Koski serves as CNO’s representative on MPS’ planning committee for the project. Koski recently presented to South High and MPS leadership, and to CNO’s Land Use & Housing committee, a concept plan for a new South High that would accommodate South’s desire to expand and improve athletics and would also address a longstanding concern about the brutal appearance of South High, its scarcity of windows, and South’s desire to situate the new ABE/T+ facility adjacent to the high school. While no formal CNO or MPS endorsement of this plan has been considered to date, it has received a positive reaction from South High leadership, key school board members, and the CNO committee and board.

The CNO Land Use & Housing committee meets on the first Thursday of each month, 6:00pm at CNO (3451 Cedar Ave S), and all are welcome and encouraged to attend.