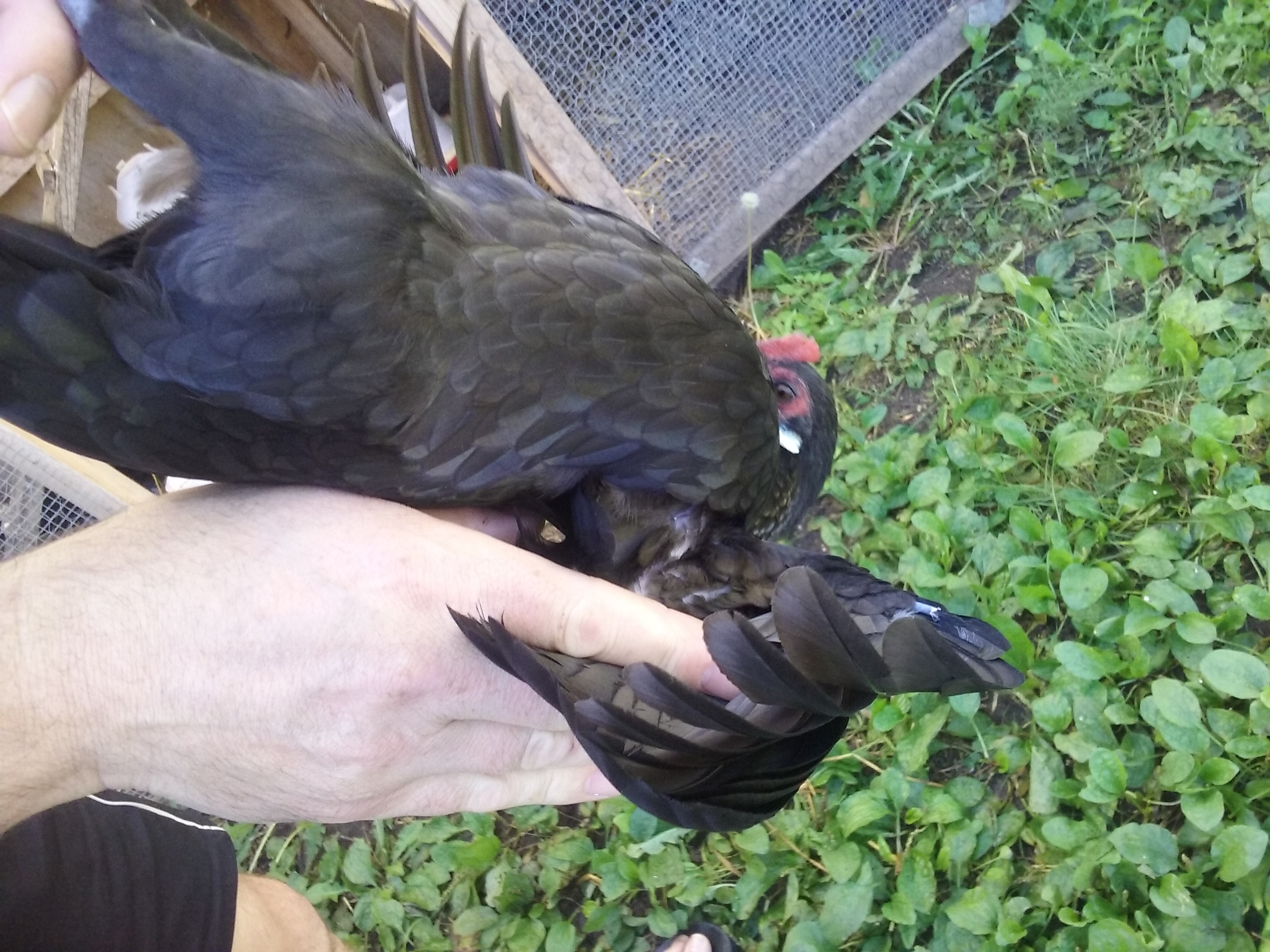 Nevertheless, Phil is confident he landed on the right breed.  Though smaller and more flighty, they lay surprisingly good-sized
eggs, as many as 4 per week, making excellent gifts.  The White Faced Black Spanish Bantam hens are by far the most manageable of the three sets he has owned, and are also less aggressive than other breeds, which have been known stand by the back door or peer in to the windows when let loose to roam.

As we approached the coop, situated in the back of the lot, Phil picked up the smallest hen and began cradling it.  He has decided against names.  Perhaps he doesn't want to get too attached -- there is drama with this hobby!  He has lost several hens to raccoons and others to disease or injury.

In the event of a loss, it can be a scurry to trade for another to keep the balance of the flock.  Phillip is down to three hens currently, but with ten years experience under his belt, he feels confident enough to be able to barter for one on the fly through his online networking with other owners.  He recommends twincitieschickens.com.  It is an excellent resource, and has even provided 'chicken-sitters' when vacation calls.

Still, Phillip cautions would-be urban farmers: "It's an investment!  A couple hundred dollars at least."  He happened to inherit his coop, but that is not the norm.  Food itself can add up as well as the feeders and heated waters for the winter months.  Phil travels all the way to Fleet Farm, which better suits his budget, but acknowledges that Egg-Plant Urban Farm Supply in St. Paul offers more organic options.  And don't bother with anything other than a solid metal trashcan with fitting lids, because rodents love chickenfeed.  Although, remarkably, Phillip has seen mice attacked and killed by his own chickens, "eerily reminiscent," he says, "of the attacking velociraptors from Jurassic Park."  Think about the claws and you start to get the picture.

Phil is more than happy to show Corcoranites his humble operation.  Just message him on Nextdoor. By day he isn't just a chicken farmer, but a student pursuing an MFA in theatrical design at the U, where he simultaneously directs audio production at the School of Music and Ted Mann Concert Hall.