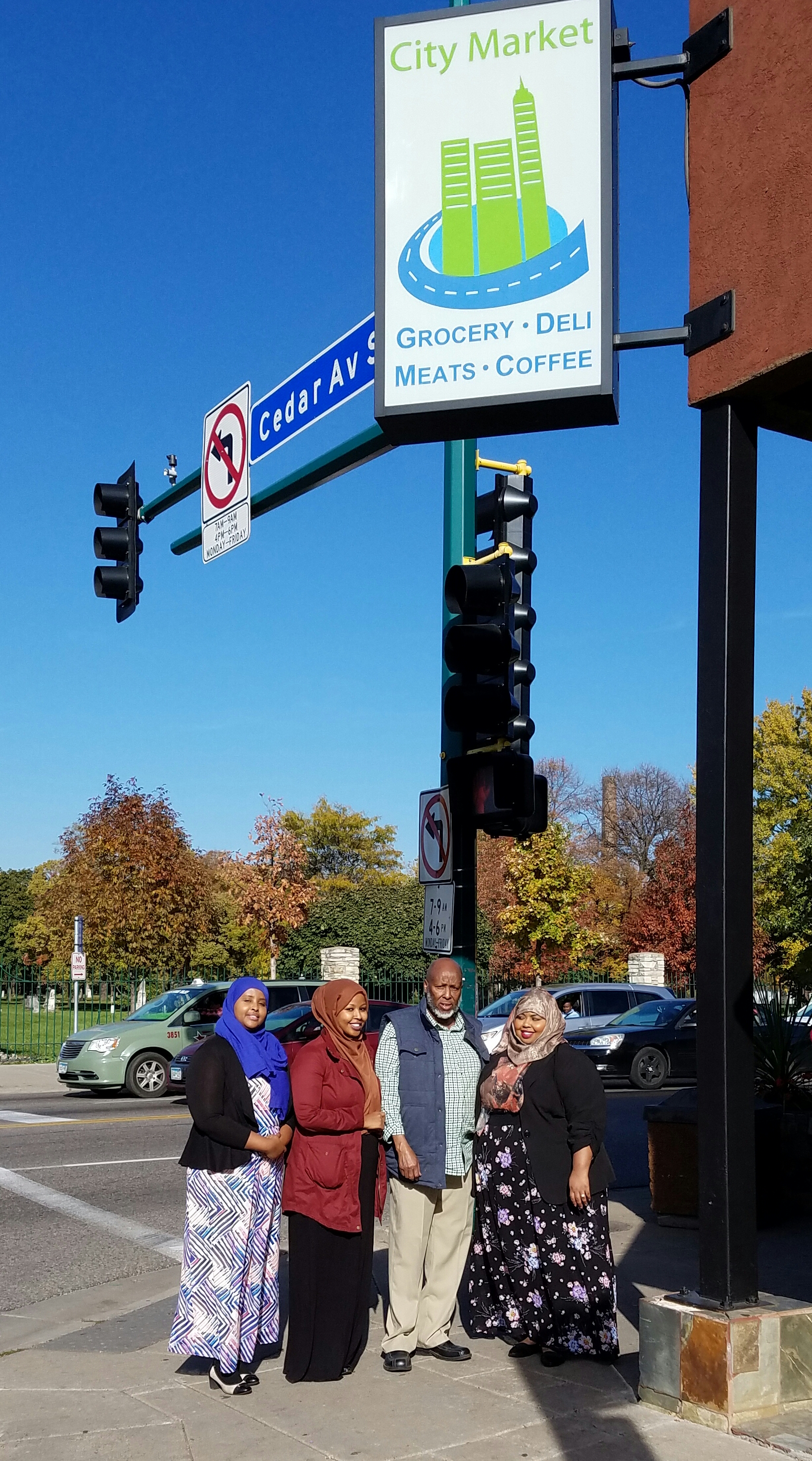 After driving by the City Market for years, a friend told me about an amazing array of beans and other offerings from the local store.   I stopped in Saturday to talk to the owner, Mohammed Ahmed, and his 3 granddaughters who often help him run the business.    I found an unassuming warehouse space with a wide variety of African, Middle Eastern, Mexican and American goods.  The granddaughters were energetic, friendly and proud to show me around the store and share their grandfather’s stories.

Mohammed Ahmed is first generation.   He started his career in Somalia as a Physics teacher and moved into real estate.  He lost everything during the civil war and migrated from a refugee camp in Kenya with just $100 in his pocket.  He truly had to start all over here.   He started washing dishes and after a couple years was able to get a job driving a school bus.  He took advantage of the split shift to work as a money transfer agent and eventually, added a third job loading/unloading airplanes in the evening.  He kept these 16-hour days for several years until he was able to open a small market near Portland and Franklin.  In 2007, that market was relocated and upsized to the current location as City Market.

Mohammed Ahmed has lived the “American Dream” in its true sense.  His success has helped the entire family go to school, have families, and find their own successes. With his support and guidance, many family members have chosen to purchase homes in close proximity to the City Market.   In fact, the neighborhood was part of what attracted his business.  Its location, convenient for many new immigrants, offers a chance to find familiar products and to meet someone who has been in their shoes, is willing to listen and give some helpful advice if needed.

The store tends to carry items used commonly in African cooking, but has something for everyone.   Beans, both canned and dry, flours, oils, infused or pure, a small selection of halal frozen goods and meat, a good selection of teas and spices, beverages, and some home convenience items line the 4 to 5 aisles. As many products as possible are sourced locally, such as their baked goods, I highly suggest stopping in and perusing the market. The people are friendly, the prices are reasonable, and they carry a more diverse assortment than the usual convenient store.